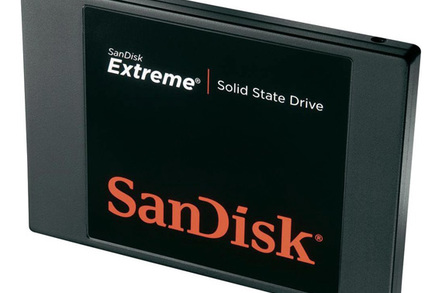 Storagebod Can SanDisk make a go of moving into the enterprise with its $1.1bn purchase of Fusion-io?

It is a very different market to the consumer space and although the margins are considerably higher, it brings with it many challenges. I think it’ll depend on the go-to-market strategy that SanDisk take and I fully expect them to carry on the current partnership strategy that appears to work well for them at present.

I don’t see SanDisk moving into the enterprise space as a sales-organisation just yet and I suspect that the ION Accelerator line may well be dropped.

And I expect to see some very close ties being built between SanDisk and HP. HP already resell the ioDrive cards and the new 3Par 7450 array utilises SanDisk Enterprise drives; it has been heavily pushed as a partnership between them.

Funny, really, that some people are touting SanDisk as the next EMC. EMC’s first really big partner, and arguably the partnership that enabled EMC to grow into the behemoth that it is, was HP. Well, it was until they fell out quite so badly.

What does this mean for the other flash upstarts? Nothing yet, most of them are in a very different space to Fusion-io but there’s a whole raft of them who are currently parading themselves in none too subtle ways.

They need to get bought out; they can’t all survive. And the list of suitors is rather short at the moment. But with non-traditional vendors such as SanDisk on the move, I think they’ll be feeling a little more positive. ®