Did dads storm site on Father's Day? Some seem to think so 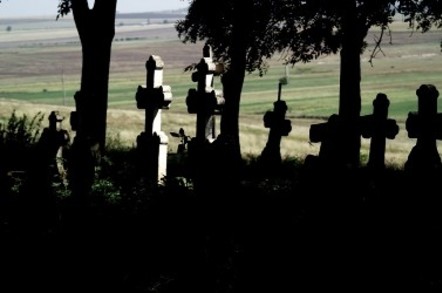 The genealogy site Ancestry.com has been blasted off the internet after reportedly being hit by a DDoS attack.

The site's owners said unknown assailants had launched their digital broadside on Monday. Some users are still reporting problems accessing the site, despite Ancestry's promises that it has been fixed.

On its Facebook page, Ancestry.com admitted its systems had been crippled by the attack, which hit it on Monday afternoon. Newly acquired gravestone-seeking site FindAGrave.com was also affected.

"Around 1:30 p.m. MT on Monday, June 16, 2014, attackers targeted Ancestry with a Distributed Denial of Service attack (DDoS)," wrote Scott Sorensen, chief technology officer. "During the attack, Ancestry websites along with the Find A Grave website were clogged with massive amounts of bogus traffic that took the sites down."

He admitted the "unfortunate incident" may have caused "frustration" among customers, but insisted no data had been accessed. The team worked through the night to fix the problem and most services were restored yesterday.

"Your data was not compromised by this attack," Sorensen promised. "This attack overloaded our servers with massive amounts of traffic but did not impact or access the data within those servers. No data was impacted in any way."

Immediately after the website went down, angry amateur genealogists took to Twitter and vented spleen. Some attributed the problem to huge traffic following a Fathers' Day price reduction offer.

"I bet all those dads are the real reason behind the attacks just like the attacks that happen every single Christmas," one woman wrote.

"You haven't neutralized nothing and the problems will not subside until the novelty wears off for the dads. It is amazing how gullible you think your longtime subscribers are."

Other users demanded a refund for the downtime, which does not yet appear to be forthcoming, and another claimed the problems were still ongoing. "This is crazy – I can log on to Ancestry.com through my browser but my family tree maker will not log on and says I have no internet connection," he fumed. "My Ancestry Web Dashboard is blank. Why tell us you are back on when you clearly haven't fixed it yet?"

A power user gave this emotive description of life without Ancestry.com: "Day 2.5 of my captivity.. my captors torment me with comments about 'intermittent' outages. Withdrawal symptoms are setting in ... eyes blurry from staring at screen, mouse hand shakey ... I have even tried gardening ... sorting my books alphabetically ... even cleaning shower recess ... family is getting concerned."

Not everyone was as concerned, with a blogger counselling calm among family history buffs.

She wrote: "Good grief! Not being able to get to Ancestry for the day is a first world problem. Think about it! There are children starving in other parts of the world. Women are being stoned for marrying without their parents' approval. People are being shot for being Christians. Those are big deals. Not accessing Ancestry or FindAGrave for a day are small issues in the overall scheme of life." ®