There's poison in the air. But we don't care 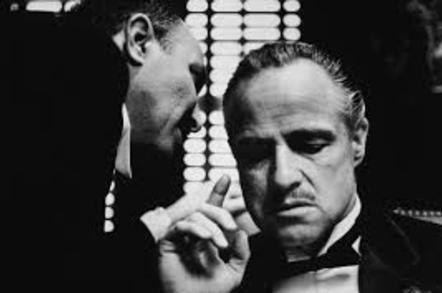 Google will nuke its bridges with independent record labels and pull their music videos from YouTube, the advertising giant has told its favourite newspaper – the Financial Times.

The dispute is over royalty terms for Google's forthcoming and as-yet unannounced music-streaming service, believed to be a Spotify clone.

It's alleged = the data-swallowing giant offered indie labels and publishers much less favourable terms and royalty rates than those offered to the three major record labels, and the contracts were presented using coercion – sign this, or else, essentially.

Comments made by YouTube executive Robert Kyncl, its head of content and business operations, appear to make good (or bad) on the threat. Kyncl told the FT the indie music videos will begin to disappear "within days".

Much of those videos were uploaded by ordinary users to YouTube, and Google had signed licensing terms with many independent music operations to carry the vids.

In the FT's paraphrasing, pulling the videos from YouTube was justified with the reason: "to ensure that all content on the platform is governed by its new contractual terms". That's the words of Google's house mag, not Google itself, and it's puzzling: the terms under which music videos are licensed should be quite separate from any new streaming service.

The FT didn't clarify exactly what was meant by this, so we are none the wiser.

Kyncl added that Google would go ahead with the launch without independent music. Because it just had to:

While we wish that we had 100 per cent success rate, we understand that is not likely an achievable goal and therefore it is our responsibility to our users and the industry to launch the enhanced music experience.

Ripping up the video contracts with indies raises potential antitrust issues down the line for Google, as YouTube dominates the video market, and removing the videos potentially inhibits independents' access to their audience.

Alison Wenham, CEO of indie music group WIN, told us: "By refusing to engage with and listen to the concerns of the independent music sector, YouTube is making a grave error of commercial judgement in misreading the market." ®