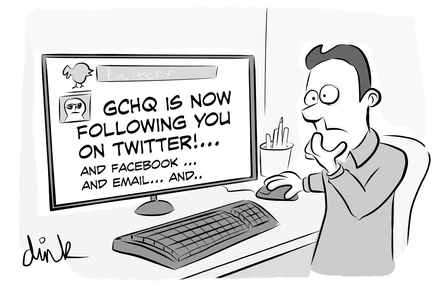 IA14 Blighty intelligence and security bods at GCHQ will share classified info on cyber threats with organisations running the UK’s critical national infrastructure as well as declassifying some of the spy agency's intellectual property.

It's all part of a series of moves designed to share its expertise.

The agency used its IA14 cyber security conference in London to announce the pilot, which will start with communications service providers supplying the UK state sector.

The surveillance and information security agency is starting with such providers as it already works with them, with information shared with appropriately cleared people within the firms, it said.

GCHQ has previously warned organisations about specific threats, but has not run a structured programme. It now aims to pass on regular information with more analysis as part of broader moves to increase its protection of the UK’s critical national infrastructure.

The agency also plans to declassify some of its intellectual property, potentially through joint ventures with businesses and releases of open source software, as part of a programme to promote innovation and the economy. As might be expected, this will focus on innovations that do not have secret applications, but could have use in areas such as business and healthcare. GCHQ is also doing more to encourage small and medium-sized enterprises to trade with it.

“There are opportunities for business and government from cyber – it enables innovation and enterprise and also supports jobs and greater prosperity. We need to pull together, in the same direction to make us stronger and more aware, leaving us better placed to tackle the threats that cyber presents,” minister for the Cabinet Office Francis Maude told the event, in comments released through a press statement.

GCHQ has previously preferred to keep its innovations under its hat. In 1969, employee James Ellis invented public key infrastructure, but it was kept secret. The technique was only made publicly available when it was independently developed by Whitfield Diffie and associates, to become a standard online technology. The agency has since acknowledged Ellis’ achievements.

In a speech this evening, outgoing GCHQ director Sir Iain Lobban is expected to speak about the agency's part in disrupting the GameOverZeus malware, along with its US partner the National Security Agency and the UK’s National Crime Agency.

The agency has been working with the National Crime Agency and individual police forces. It has seen nation states, people acting as their proxies and serious and organised criminals carrying out cyber-attacks against Britain, but has not yet seen terrorists attempt to use such methods for destructive attacks.

GCHQ passed on some of this information in what is thought to have been its first formal press briefing, held before the IA14 conference started yesterday. The briefing took place on the basis that journalists avoided quoting or directly attributing comments to those speaking.

While the atmosphere was a little awkward, most reporters’ queries were answered directly – although a question concerning NSA whistle-blower Edward Snowden was batted away.

As an indication of the tension between security and openness, the IA14 conference is closed to the media and public, but is nevertheless being tweeted with the hashtag #IA14Event.

It is also no threat to national security to disclose that the first GCHQ press briefing was held in a black-walled, windowless room with low lighting. In other words, it was a bit shadowy. ®