Cold US winters to be more frequent? NO, SILLY 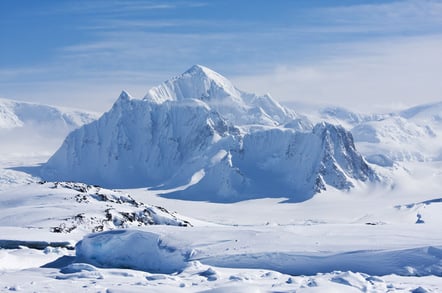 A top British scientist has come out with new research flatly contradicting the idea that extremely cold winters in North America – like the one just past – will become more frequent due to global warming. This new analysis disagrees completely with the assessment of President Obama's personal science advisor.

Dr James Screen of Exeter uni in England is a mathematician who has been studying the arctic ice sheet for several years. According to a university announcement highlighting his latest research:

Climate change is unlikely to lead to more days of extreme cold, similar to those that gripped the USA in a deep freeze last winter ... [Recent changes in the Arctic climate have] actually reduced the risk of cold extremes across large swathes of the Northern Hemisphere.

Screen's new paper is published in the hefty climate journal Nature Climate Change. In it he writes:

Subseasonal cold-season temperature variability has significantly decreased over the mid- to high-latitude Northern Hemisphere in recent decades. This is partly because northerly winds and associated cold days are warming more rapidly than southerly winds and warm days ... decreases in subseasonal cold-season temperature variability ... are detectable in the observational record and are highly robust in twenty-first-century climate model simulations.

Or, in other words, severe cold spells like the ones Americans and Canadians have just suffered through are not increasing in frequency and shouldn't be expected to.

“A growing body of evidence suggests that the kind of extreme cold experienced by the United States is a pattern we can expect to see with increasing frequency as global warming continues.

“I believe the odds are that we can expect as a result of global warming to see more of this pattern of extreme cold." ®