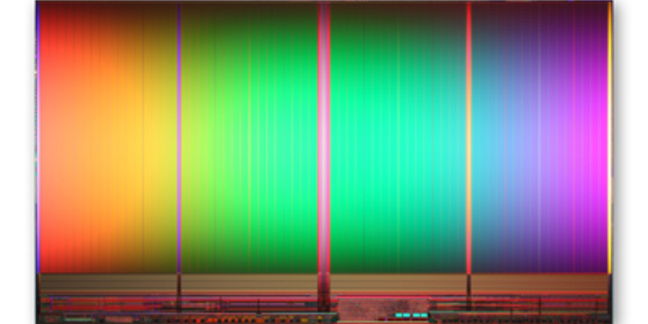 HP Discover HP's Discover conference, held over 10-12 June in Las Vegas, featured sessions from Intel, SanDisk and Toshiba as well as HP, and flash featured highly on the agenda. We've rounded up the most useful storage titbits for your reading pleasure.

We’re informed that HP is not talking to Simplivity about acquired that converged server/storage/networking vendor, and the rumour could have been started by either party themselves to gauge reactions.

The importance of the fab link for major flash product vendors remains strong. We have:

This suggests WD really needs to get in bed with a flash fab. The Vulture Fab Dating Agency, motto “1 NAND 1 makes two,” suggests SK hynix as a partner to be considered by WD.

We tentatively think that HP now sees the Memristor tech as an inside-HP tech and is not focussing much on external sales. Memristor DIMMs in 2016 could change that. We also suggest the SK hynix Memristor manufacturing effort has failed.

Does The Machine conception have disk storage at all, or just Memristor Universal Memory?

HP will make a technology (not product) 3D printing announcement, focussed on manufacturing and not consumer use, in October. It might address issues concerning printed part quality, printing time, and general difficulties in delivering high quality parts quickly.

The SanDisk session talked about the flash-enabled data centre.

We thank analyst outfit Stifel Nicolaus' MD, Aaron Rakers, for many of these snippets. ®