'Hashtag' added to the OED – but # isn't a hash, pound, nor number sign

A hint as to its real name: Know anyone named 'Thorpe'? 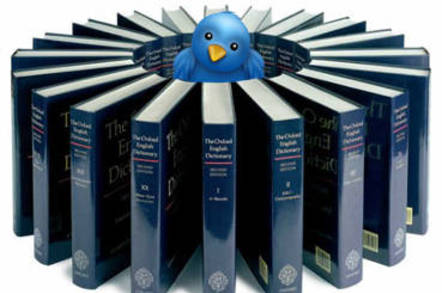 The venerable Oxford English Dictionary has added a word beloved by the Twitterati to its collection of 171,476 current and 47,156 obsolete words: hashtag.

"The OED famously tends to wait until a word has been attested for several years before entering it into the dictionary, although exceptions are made for words which are extremely widespread or of unquestioned import," the OED's head of US dictionaries Katherine Connor Martin writes in her announcement of the June 2014 additions.

We assume that hashtag – born on August 25, 2007 in a Twitter posting, the OED says – was added due to it being "extremely widespread" rather than its "unquestioned import."

The OED defines hashtag with its usual thoroughness: "hashtag n. (on social media web sites and applications) a word or phrase preceded by a hash and used to identify messages relating to a specific topic; (also) the hash symbol itself, when used in this way."

What caught our eye in the OED's announcement, however, was what they reveal as the actual name of the # symbol, which they say is "technically known as the octothorp and, in North America, more often referred to as the number or pound sign."

The OED's definition of octothorp – its variant being octothorpe – is half reasonable and half unhelpful: "1970s: of uncertain origin; probably from octo- (referring to the eight points on the symbol) + the surname Thorpe."

Perhaps because US überathlete Jim Thorpe was born on May 28, 1888? Probably not...

How octothorp morphed into hash is, to use an OED abbreviation, OOO – that's "of obscure origin," not "out of office" nor "out of order" (execution). The OED does note, however, that "Hash probably arose as an alteration of 'hatch', originally in the phrase 'hatch mark'. By 1961 hash was being used in computing contexts to refer to the octothorp symbol, especially in computing and telecommunications contexts."

From there it migrated into the Twitterverse, and the rest is history. ®

Among the other 1,000 new words added to the OED in its June 2014 update: compostable, adjective; hip-hopping, adjective; screencap, noun; Skype, verb; and wardrobe malfunction, colloquial noun (humorous or euphemistic), which is defined as "an instance of an article of a person's clothing slipping out of position, tearing, etc., so as to expose part of the wearer's body (originally and esp. a woman's breast) or otherwise cause embarrassment."

It's easy to be serene from a throne of cash

There is life after the Borg... in social media management platforms apparently