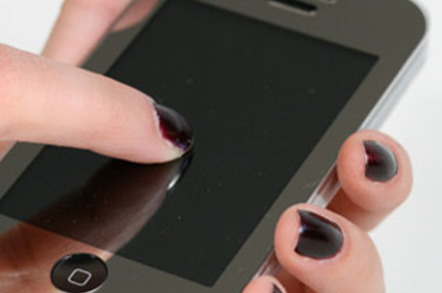 Touch tech kingpin Synaptics has agreed to buy Japanese chip firm Renesas SP Drivers for $475m in a bid to win a bigger presence in the exploding mobile device market.

The Japanese company is a joint venture between Renesas, Sharp, and Powerchip that specializes in silicon for managing LCD displays – which, of course, are found in just about every kind of consumer electronics these days.

Silicon Valley–based Synaptics, on the other hand, was first known for its touchpad technology for laptops but has since gone on to develop capacitive sensing systems for touchscreens and fingerprint readers.

In an interview with the Wall Street Journal, Synaptics CEO Rick Bergman said his company has been looking for ways to combine touch sensing and LCD control functions on a single chip, and that the acquisition "is a very natural way to accelerate [Synaptics'] roadmap."

Such multifunction chippery is all the rage these days, with mobile device makers looking to pack as many features as they can into the same piece of silicon in an effort to reduce costs and lower power consumption.

LCD touchscreens are certainly a hot market, too, given the rise of smartphones and tablets and the traditional PC industry's fixation on Microsoft's touch-happy Windows 8.1.

There may be another reason for the acquisition, though, one that's purely business driven. Among Renesas SP's most prominent customers is Apple, which demands that all of its panel suppliers use chips from the Japanese firm so that their displays perform consistently.

Synaptics, on the other hand, hasn't supplied much tech to Apple for around eight years. According to Bloomberg, its largest current customer is Apple archrival Samsung, yet it may be hoping to get back in good graces with Cupertino, given the sheer volume of fondleable iThings the fruity firm produces.

Synaptics reportedly will use Japanese currency to seal the deal, valuing Renesas SP Drivers at ¥48.5bn. In announcing the merger, the company said it has increased its revenue projections for its fiscal fourth quarter to between $300m and $310m, up from $275m to $295m.

Synaptics investors thought that sounded just peachy and the company's stock price rocketed up 29 per cent on the news, reaching a new all-time high. ®