Yes. Facebook will KNOW you've been browsing for smut

Zuck's spell: Look into my eyes, not around the eyes. You're under 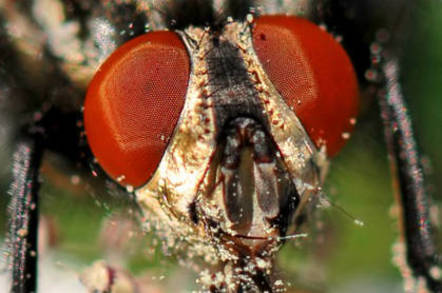 Vid Facebook is pushing the idea that it is offering tighter ad controls to its users just as it prepares to start targeting the web and app browsing habits of netizens in the US.

Judging by Facebook's campaign, its users are super-pumped about ads on the Mark Zuckerberg-run network, but would be even happier if all that commercial goo was "more relevant to their interests".

The Menlo Park-based company said it had decided to start mining the data tucked away in users' browsing history because "many companies [read: rivals] already do this".

The free content ad network said in a blog post that Facebookers who hate the idea of yet more intrusive advertising can switch the feature off via the "industry-standard Digital Advertising Alliance opt out". In other words, all Facebook users in the US will have their browsing behaviour tracked by default.

The company would not be able to do the same stealth-ad-bomb exercise in the European Union, however, because consent for such a mechanism has to be granted first.

Facebook said it planned to start offering ad preferences controls to Stateside users over the next few weeks. The policies - or presumably a tweaked, EU-flavoured version - are expected to follow later this year.

The company's main strategy appears to be to slurp data from an even more detailed profile of its 1.25 billion users, and it means that people who don't like the advertiser-friendly "like" button can now expect to see more behavioural ads as they stalk their chums on Facebook.

Meanwhile, in what appeared to be a clear snub to Microsoft, Facebook confirmed it will ignore the do-not-track mechanism in browsers including Internet Explorer, AdAge reported. However, it will apparently respond favourably to ad-tracking limitation settings on Google's Android and Apple's iOS. ®