Déjà spew: US would accept higher bills for less CO2 by two-to-one 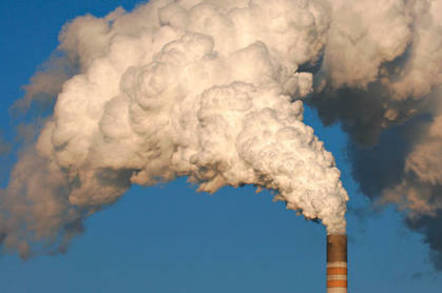 You don't have to be a Kumbaya-warbling liberal to be willing to pay more for energy if it means reducing carbon emissions, nor do you even have to believe that climate scientists are on the up-and-up "when they warn about climate change."

A poll commissioned by Bloomberg News found that 62 per cent of Americans said they'd be willing to pay more when asked the question, "Are you willing or unwilling to pay more for energy if air pollution from carbon emissions could be reduced?"

Thirty-three per cent said they'd be unwilling – perhaps in disagreement with the set-up to that question: "Addressing climate change will mean more spending and potentially higher costs for consumers with the goal of reducing air pollution and preventing further damaging changes in climate."

This result comes despite the fact that although 48 per cent of respondents agreed with the statement that "I trust what scientists say when they warn about climate change," 43 per cent concurred with "I think scientists manipulate their findings for political reasons."

The poll [PDF] of 1005 US adults held from June 6 to 9 – shortly after the Environmental Protection Agency released its Clean Power Plan aimed at cutting carbon pollution from existing coal-fired power plants by 30 per cent below 2005 levels by 2030 — and was conducted by the Iowa public-opinion research firm Seltzer & Company, which reported a margin of error of ±3.1 per cent.

"It is a rare poll where people responding will stand up and say 'tax me'," said Seltzer & Company founder J. Ann Selzer.

In point of fact, taxes were not even close to the top of the list of respondents' concerns. Among the eight choices they were given for what they saw "as the most important issue facing the country right now," taxes were well below the top concerns of unemployment and jobs at 28 per cent, health care at 17 per cent, and "a decline in real income for American workers" at 16 per cent. Taxes were identified as being "most important" by just 4 per cent.

Climate change was only marginally more important, at 5 per cent – or, if you're a stat-massaging spinmeister, you could claim that it was a 25 per cent greater concern than taxes...

Speaking of nearly double opinions, another poll result might make politicians sit up and take notice. When asked "Does a candidate's support for government action to address climate change make you more likely or less likely to vote for the candidate?" 51 per cent said "more likely" while only 26 per cent said "less likely."

Another interesting two-to-one finding concerned the EPA's Clean Carbon Plan. When asked "Given the US government set new federal policies about climate change, what do you feel is the right timing?" 50 per cent said the CO2 reductions should kick in "within 10 years at the least," 25 per cent doing so "can wait longer than 10 years from now." Seventeen per cent said that "it is already too late."

Interestingly, the two-to-one nature of many of the responses in the Bloomberg News–commissioned poll track rather closely with a poll conducted this April by the firmly pro-mitigation Yale Project on Climate Change Communication, which discovered overall two-to-one support for more stringent CO2 emissions if doing so would "reduce climate change and improve public health," even if "the cost of electricity to consumers and companies would likely increase."

In other news, the US National Oceanic and Atmospheric Administration reports that global land and ocean temperatures this April tied with April 2010 as the warmest on record. ®