Evernote taken out by DDoS attack

Millions of users unable to sync their notes and web clippings 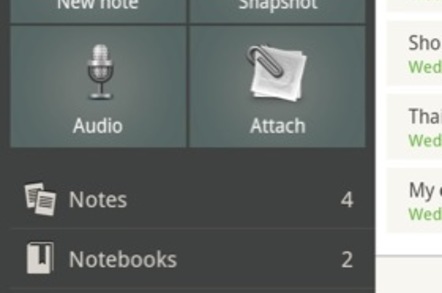 Popular mobile and online note app Evernote is recovering from a distributed denial of service attack that took its service offline for hours last night.

The firm was hit by the DDoS attack from around 10.45 BST last night, leaving folks unable to access their notes in the cloud or sync their files from one device to another.

Evernote service is currently unavailable. We are working to resolve the issue. Updates to follow. Thanks for your patience.

We're actively working to neutralize a denial of service attack. You may experience problems accessing your Evernote while we resolve this.

The company said a few hours ago on Twitter that the service was back up and running, but warned its hundred million or so users that there may still be some “hiccups” over the next 24 hours.

The attack was not the first cyber problem for Evernote. Early last year, the firm was forced to implement a service-wide password reset after hackers managed to access user information.

The security breach outed user IDs, email addresses and passwords, although luckily passwords had been stored in salted hashes rather than plaintext. Nevertheless, Evernote got its users to change their logins just in case the hackers managed to crack the encryption. ®