Apple's Irish tax lair to be probed by European Commission 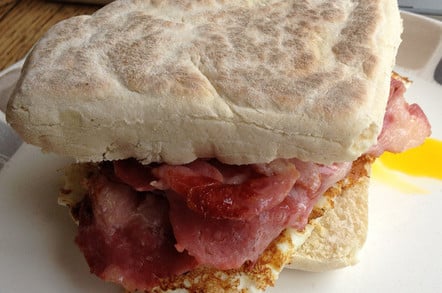 Apple's tax arrangements in The Republic of Ireland are about to become the subject of an official European Commission investigation, according to a report by Irish public service broadcaster Raidió Teilifís Éireann (RTE).

The report suggests competition commissioner Joaquin Almunia will take to the stage on or after June 11th and announce a probe into whether Ireland is kinder to Apple than is strictly necessary.

Ireland is often accused of facilitating the movement of money and profits around the world using a trick called the double Irish Dutch sandwich that sees income collected by Ireland-based companies paid as “royalties” to a Dutch entity, incurring a tax credit in the emerald isle along the way. The “royalties” are then sent back from The Netherlands to Ireland, a transaction that does not attract taxation. Shuffling money in this way means organisations can avoid even Ireland's low corporate tax rate.

The report suggests the EU probe, if it develops, will focus on what if anything Ireland does to help Apple use its jurisdiction to reduce its tax take, but seems not to have a remit to consider the issue of multinational tax shuttling.

A body that will do so is the G20, which in November will consider the matter at its annual leaders' summit. Host nation Australia is already making it plain it wants the topic on the agenda, perhaps spurred by the fact the likes of Google, Apple and Microsoft pay rather less tax than seems fair. ®