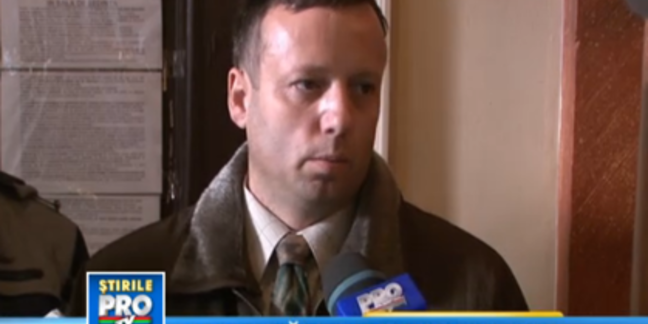 The Romanian taxi-driver-by-day-hacker-by-night who offended the world by publishing stolen nude self portraits of former US president George W Bush has been sentenced to four years jail.

He could face a total of seven years behind bars if his previous three year suspended sentence for hacking offences was brought to bear.

In 2013, Lazar Lehel using the handle Guccifer released correspondence between Cretu and former US Secretary of State Colin Powell that indicated romantic involvement between them which they denied.

The hacker shot to fame when he popped the email accounts of high profile celebrities including George W Bush where he leaked personal paintings by the former president and passed to Smoking Gun alleged contents from raided inboxes owned by comedian Steve Martin, actress Mariel Hemingway, and three members of the UK’s House of Lords.

Lehel told the court his own email accounts were constantly hacked.

"Probably everyone had their email broken into one day (sic)," he said according to Romania Insider.

I, personally had five accounts broken into and did not go to prosecutors to complain. The deeds are not by far (sic) so serious. These were three personal accounts, not work-related."

The decision can be appealed. ®

Email and a phone call enough to secure nine payments.

GPU-makers aren't members of the TPC. Will they join?