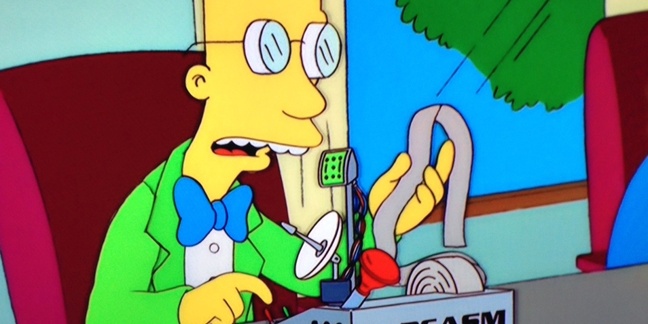 Some software has supposedly passed the Turing Test – a controversial benchmark of artificial intelligence – by fooling a handful of humans into thinking it's a talkative 13-year-old Ukrainian lad.

Cyborg prof Kevin Warwick argues this is the first time a machine has ever passed the famous test.

We're told the successful chat-bot, dubbed Eugene Goostman, was running on some unspecified "supercomputer" at the Royal Society in London on Saturday, in a competition organised by the University of Reading to mark the 60th anniversary of Alan Turing's death.

During the test, human judges held 300 five-minute text-based conversations in English with strangers who were either a person in another room or the chat software Eugene.

At the end of each natter, the judge had to decide whether he or she was talking to a computer or a living being – and the bot managed to convince the judges just 33 per cent of time that it was a real boy. The pass mark is 30 per cent.

Wartime code-breaker boffin Turing devised this test in 1950 as he pondered: "Can machines think?" The mathematician, heralded as the father of computer science, wrote:

I believe that in about 50 years' time it will be possible to programme computers, with a storage capacity of about 10^9, to make them play the imitation game so well that an average interrogator will not have more than 70 per cent chance of making the right identification after five minutes of questioning.

(That's seemingly where the 30 per cent pass mark is derived from.)

Eugene was developed by a team led by Vladimir Veselov, who was born in Russia and now lives in the US, and Ukrainian-born Eugene Demchenko. The bot was created in 2001 and can be accessed here if you fancy a go, although it's been blown offline by its popularity at time of writing. 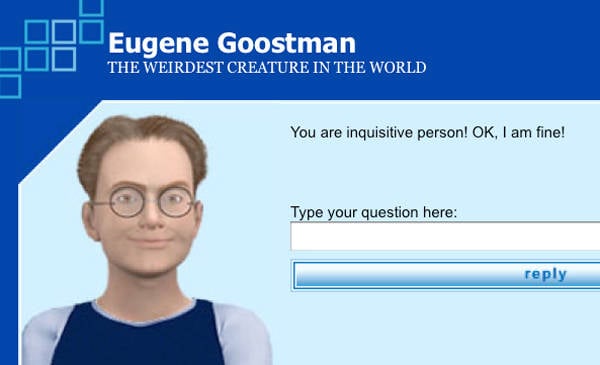 "Our whole team is very excited with this result. It's a remarkable achievement for us and we hope it boosts interest in artificial intelligence and chatbots," Veselov said in a statement.

"Eugene was 'born' in 2001. Our main idea was that he can claim that he knows anything, but his age also makes it perfectly reasonable that he doesn't know everything. We spent a lot of time developing a character with a believable personality.

"This year we improved the 'dialog controller' which makes the conversation far more human-like when compared to programs that just answer questions. Going forward we plan to make Eugene smarter and continue working on improving what we refer to as 'conversation logic'."

Transcripts of the chats with the judges were not within reach as the Reg hit the publish button. We assume Eugene preferred to talk about schoolboy stuff, such as taunting others on Xbox Live, rather than the horrors of conflict-torn Ukraine.

Either way, acting like a 13-year-old is a cunning way to disguise its crude intelligence.

The judges, we're told, included robot-impersonator Robert Llewellyn from Red Dwarf, Lord Sharkey, who campaigned for Turing's posthumous pardon last year, and an AI academic. It's not clear if there were more than three judges, although some reporters say they were told there were 30 judges.

El Reg's favourite cybernetic media limpet Kevin Warwick – a visiting professor at the University of Reading – was on hand to dismiss any suggestion the test was beaten by rival software years ago.

"Some will claim that the Test has already been passed," Captain Cyborg said.

"The words Turing Test have been applied to similar competitions around the world. However this event involved the most simultaneous comparison tests than ever before, was independently verified and, crucially, the conversations were unrestricted.

"A true Turing Test does not set the questions or topics prior to the conversations. We are therefore proud to declare that Alan Turing's Test was passed for the first time on Saturday."

Apparently, the results of the test will appear in a forthcoming scientific paper. Spokespeople for the University of Reading have yet to respond to the Reg's requests for specific information.

Eugene has previously fought to convince judges in at least 2008 and 2012. Talk about not fooling all of the people all of the time. ®