No more running with scissors for organizations keen on Linux containerization 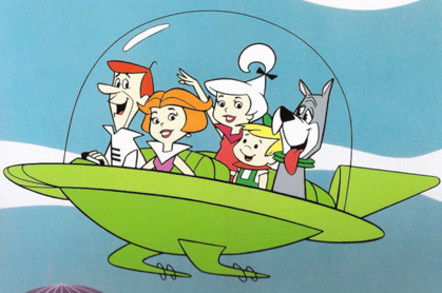 DockerCon "Some of you guys I've never met in person but we've spent entire nights fixing bugs together," said Docker creator Solomon Sykes on Monday, moments before the open source technology went into its 1.0 release.

It's been a strange journey for the Linux containerization technology, whose rise has been distinguished by both the speed of its uptake by developers and the enthusiasm with which major enterprises have adopted it.

Docker gives organizations an accessible way to package up applications and stick them in their own secure sandboxes on a single host OS. In so doing, it cuts the overhead imposed by traditional virtualization, while increasing portability of applications.

On Monday at Dockercon in San Francisco, the project's main backer, Docker the company, announced that the technology had reached its milestone release.

New features in 1.0 let Docker containers be more efficient and secure than before, and the technology's underlying storage components have been upgraded, as well. A full list of the commits is available on the company's Github.

What matters more than the features for the release is the symbolism associated with that "1.0" marker – the team behind the tech thinks it is now mature enough to be put into production.

They're right; there's a lot of evidence that the 1.0 designation may be too late, rather than premature. Twitter said on Monday that it had just finished bringing Docker into its open source cluster manager Mesos, to allow it to move its containers over to it.

Containerization is certainly the tech du jour in the Linux world. Facebook said that it had spent the last few years developing a Linux containerization system as well. And then there's Google, which fires up two billion Linux containers a week, and has been using the technology for close to 15 years, it has said.

It's likely that the Docker 1.0 release may be looked back on as the point when Docker went from being a buzzy, young technology, to the serious piece of enterprise tech that ultimately threatened incumbent IT companies.

As Twitter engineer Benjamin Hindman said: "As we're learning with Docker, VMs are not necessary or sufficient". ®