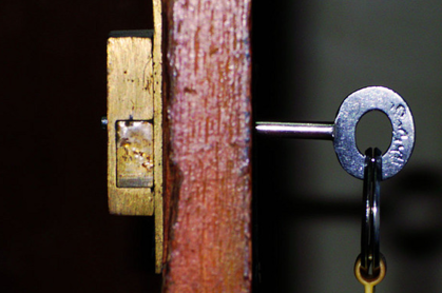 Sensitive information of more than 16,000 US Army personnel stationed in South Korea, plus data on local employees and job applicants, appears to have been compromised after databases loaded with names, identification numbers and addresses were accessed by unauthorised and unknown parties.

Specific details of how the 28 May raid was launched were not disclosed. but banking details and classified data was not compromised.

The Army's South Korean outpost apologised in a letter (PDF) to troops and job seekers signed by US Army Commander Curtis M Scaparrotti.

"United States Forces Korea (USFK) was made aware of a potential theft of personal information from the Korean National Recruitment System maintained by the US Department of the Army," Scaparrotti said.

"We deeply regret and apologise for any inconvenience and concern this matter may cause you. USFK takes this compromise very seriously and is reviewing policies and practices with a view of determining what must be charged to preclude a similar occurrence in the future."

The Army was consulting with senior US and Korean officials over the incident and has pulled the affected machine from its network and switched to a different system to handle employment applications.

One of the most significant breaches to affect Defence occurred in 2008 when an infected USB drive was plugged into a laptop at a US Army base in the Middle East.

Another major breach occurred in 2009, when a hard drive containing details on 70 million US Army Veterans was sent to a recycling plant without first being irreversibly erased. ®