Netscape co-founder says NSA is being 'hung out to dry' 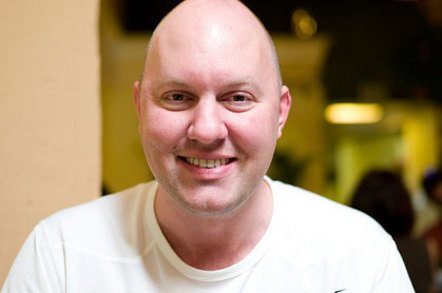 Netscape cofounder and venture capitalist Marc Andreessen has said that NSA leaker Edward Snowden is a "textbook traitor," even though he admits that his peers in Silicon Valley mostly don't see it that way.

"Obviously he's a traitor," Andreessen said in an interview with CNBC. "If you look up in the encyclopedia, 'traitor', there's a picture of Ed Snowden."

Vulture Annex in San Francisco hasn't the budget for a set of encyclopedias, so we'll have to take his word for it.

Andreessen, who got rich when AOL bought Netscape in 1999, has lately spent his time investing in Silicon Valley startups as half of venture capital firm Andreessen Horowitz.

But although he has all the earmarks of a Silicon Valley business insider, Andreessen said that he believes he's among a "distinct minority" in that community, most of whom he thinks would pick "the other designation" for Snowden.

What Andreessen said he doesn't understand, given how long the NSA has been around and the amount of money it draws from the US federal government, is how anybody could pretend to be surprised to learn what the agency is doing.

"I thought they were spying," Andreessen said. "That was my impression. I just thought that that's what they were doing. I thought everybody knew that."

The Mosaic browser co-creator added that he feels it is particularly disingenuous for foreign governments to feign outrage at what the various US spy outfits do around the globe.

What bothers Andreessen, however, is that the Obama administration – of which he has been harshly critical in the past – does not seem to him to be taking sufficient action to champion the embattled NSA.