Cisco COO: 'I actually thank God that we had a crisis'...

14k bods lost their Cisco jobs, but if hadn't happened 'we'd be screwed' 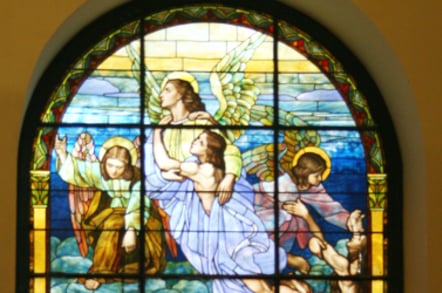 Cisco's chief operations chappie has a heart of gold: Gary Moore has thanked the big man upstairs - not his boss - for the economic meltdown that forced it to send thousands of workers to the scrap heap.

In summer 2011, the networking giant was getting sweaty under the collar about dragging its costs more in line with revenues and went public with plans to slash 6,500 permanent staffers, sell off a set-top box plant in Mexico that employed 5k and cut 1,200 contractors.

The company also chopped another 1,300 people a year later in July 2012, calling it a "focused set of limited restructuring" as "part of a continuous process of simplifying the company".

"We had become more, I would just call it, fat around the middle in a lot of areas than we could afford to be given the new growth trajectory and we really were investing in too many things," said Moore at the Bank of America Merrill Lynch 2014 Global Tech conference.

Cisco wanted to free the business of $1bn in costs over three quarters and the COO and president said the cutting allowed it to build new processes, "lots of new discipline", tools and financial systems.

This was all part of a multi-year transformation, which was "very painful" for Cisco, he said, but added "I'm the kind of person that always looks for the bright side of every situation".

He added: "It really did set the foundation for what we're doing now and I actually thank God that we had a crisis because today in the way the market is moving so fast, the pace of change, if we were operating in our old environment, we would be in a very difficult shape."

Cisco may have made itself leaner and sped up decision-making by jettisoning one in five execs during the darker days, but free-flowing revenues and profit growth remain a figment of CEO John Chambers' imagination. Sales stagnated last quarter and income fell.

Moore says Cisco builds ASICs faster, cutting development time in half, and reckons customers have never had it so good in terms of choice.

Some four months ago Chambers asked Moore to look at the structure of the business which was based on vertical functions, which was "slowing us down".

Moore said Cisco is "realigning" the business, had made changes to the engineering "not only in leadership" and significant changes that "relative to products and services sales especially as it relates to service providers and our large global enterprise customers".

These will be unveiled more broadly "as we go forward", he said. ®