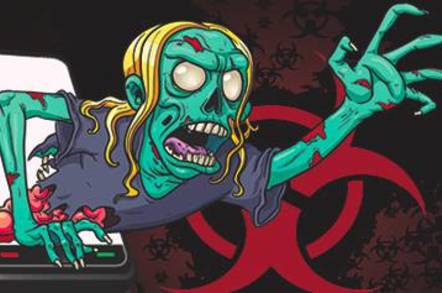 Miscreants have brewed the first file-encrypting strain of ransomware that infects Android smartphones.

The malware, dubbed Android/Simplocker by ESET, scans the SD card in a handset for certain types of file, encrypts them, and demands a ransom to decrypt the data.

The ransom message is written in Russian, with payment demanded in Ukrainian hryvnias. Victims are falsely accused of "viewing and distributing child pornography, zoophilia and other perversions", and that the device is locked-down as a result.

An "unlock fee" of 260 UAH (€16, $21, £13) is demanded, which is a lot less than the €300 wanted by the Windows PC-infecting CryptoLocker. The crooks behind the Android/Simplocker are paid off via the hard-to-trace MoneXy eWallet service.

The Android malware is fairly basic. Following preliminary analysis, ESET described it as a proof-of-concept nasty.

It's not immediately clear how the malware spreads. The sample probed by ESET was found in an application called "Sex xionix" – suggesting the malware is a Trojan that poses as a legit smut-viewing app.

The software nasty is, however, more advanced than the fake antivirus and screen-locking ransomware called Android Defender, which was discovered by Symantec a year ago; more smartphone-locking malware has since surfaced. Android Defender can be disabled by booting a device into safe mode, whereas getting rid of Android/Simplocker is a far trickier process.

Victims should however be able to recover encrypted files from a backup.

A full write-up of the threat – complete with screenshots – can be found in a blog post by ESET here. ®