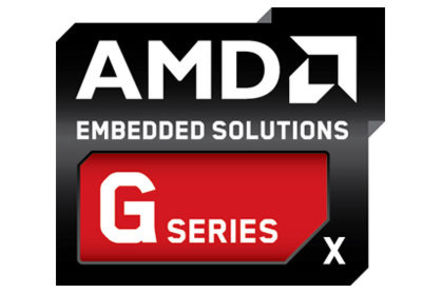 Well, two shoes, actually: one code-named "Steppe Eagle" and the other "Crowned Eagle" – and no, The Reg does not know why CEO Rory Read's embedded-processor crew has chosen birds of prey as their internal processor handles. And yes, we asked.

We do know, however, that AMD's aggressive move into embedded is part of what Read will tell anyone within earshot is part of the company's "transformation" and its five-part "attack on growth markets" – the other four being professional graphics, dense server, semi-custom, and ultra low–power client chips.

Low-power embedded use cases are what Steppe Eagle and Crowned Eagle are all about. In fact, both include a nifty feature that AMD's embedded headman Scott Aylor told The Reg is called a "configurable TDP" – TDP being either "thermal design point" or "thermal design power", depending upon whom you ask, essentially the maximum power in watts that a chip can burn in a given use case.

"TDP is a measure of 'guaranteed not to exceed' power and not a 'will always function at' power," an AMD spokesman told us in an email. "This means that our customers can design thermal solutions at that point with guarantees that the SOC will never fail thermally."

And that's where configurable TDP – or cTDP – comes in. cTDP allows a systems designer to "essentially dial in a TDP target based upon the application and your thermal solution," Aylor explained, "and then the device essentially self-regulates through how fast and how hard it runs the CPUs, the GPUs, the I/Os, and fabrics within that performance envelope."

Using cTDP, a device designer simply tells one of AMD's new birdies how much power to use, and the feathered friend stays within that range. And the range can be rather broad, Aylor said. "We have devices on the Steppe Eagle that are 3 to 4 watt devices; we also have 15 and 20 watt devices." These are not different parts, mind you – they are the same chip with the cTDP tuned differently.

Steppe Eagle is what AMD calls an APU – accelerated processing unit – which is a mashup of CPU, GPU, and any other accelerator cores that AMD finds it within their heart of hearts to include. In Steppe Eagle's case, that's two or four "Jaguar" CPU cores – as opposed to the "Steamroller" cores in the more-powerful Bald Eagle – coupled with an AMD Graphics Core Next (GCN) GPU core.

Crowned Eagle, on the other hand, has the same CPU complement as does its brother Steppe, but no GPU core at all – which, incidentally, demotes it from APU status down to a lowly CPU.

If the workload, however, uses both the CPU and the GPU, Steppe Eagle will balance the load on all the cores to stay within that 25 watts. Since Crowned Eagle has no GPU to worry about, however, it will give its CPU the full 25 watts – and hopefully it'll have an associated discrete graphics chip to handle the GPU part of the workload. 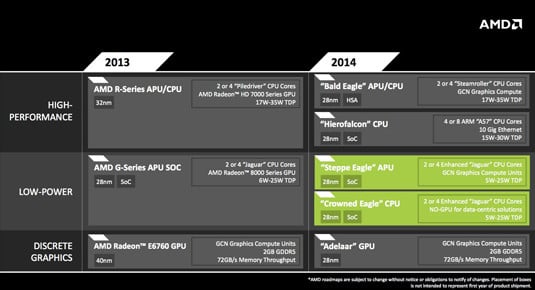 Want an Eagle with or without a GPU? AMD's G-Series has you covered (click to enlarge)

Why no GPU cores? Simple. "There's plenty of embedded markets where there's no visualization," Aylor said, citing such use cases as in the communications markets for control plane and management plane processing, plus security appliances, top-of-rack data center switches, and the like.

Both of the new Eagles are upgrades to last year's first-generation E-Series chips, code named "eKabini", which Aylor identified as "the industry's first quad-core x86 SoC for embedded." According to Aylor, eKabini was "one of our most successful product launches in embedded," with "tremendous, tremendous market uptake."

Both Eagles are also pin-compatible with eKabini, and Steppe Eagle offers what Aylor promised was a 60 per cent bump up in performance while requiring essentially half the power. "So when you look at it from a performance-per-dollar and performance-per-watt perspective, [Steppe Eagle is a] significant, significant uplift over what was already a very successful prior generation," he enthused.

About the price component of that performance-per-dollar claim, Aylor was less specific. "It is incrementally lower," he said. "I don't have the exact percentage. It's not higher."

Crowned Eagle will presumably be even cheaper than Steppe Eagle. "There's a lot of places where we got designed in with eKabini that now [are saying], 'Hey, I can get more performance at a much lower power and cost envelope with the Crowned Eagle'," said Aylor. "And so we see the proliferation accelerating." 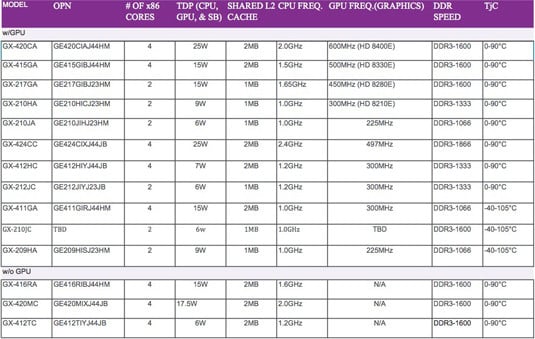 With 14 choices, you should be able to find a suitable member of the family Accipitridae (click to enlarge)

Being designed for the embedded market in which reliability and uptime are critical, all of AMD's new Eagles – Bald, Steppe, and Crowned – use ECC memory, and all come with a 10-year guarantee of availability.

About that 10-year guarantee, Aylor said that it was a bid for competitive advantage in a market in which AMD is a relative newcomer. "That's the reason we made it the longest in the industry," he said, "is we want people to have the capability to make the decision to go with us and stay with us." It's AMD's bid to "put the money where the mouth is."

As AMD's embedded chief, Aylor is loyally bullish about his company's chances in that market. "I think with the right focus and the right vertical markets," he said, "the right continued investment, the right augmentation of leadership and market knowledge, I think we'll continue to make very strong progress."

CEO Read's "transformation" goal is that those five growth markets that include embedded will contribute over 50 per cent of the company's revenue by the end of 2015. And they're on their way – the new G-Series, for example has already been adopted by HP for thin clients and Advantech for ruggedized industrial applications in rugged environments.

Will AMD reach its goal? A couple of little birdies told The Reg that they have a fighting chance. ®