IT'S ALIVE! ISEE-3 responding to commands 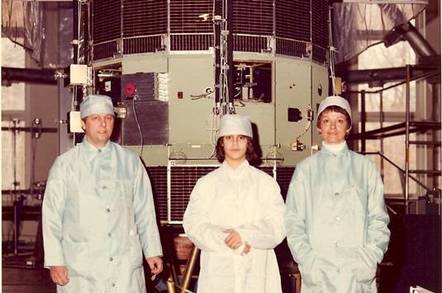 The crowd-funded group that's seeking to revive the ISEE-3 probe is crowing, and no wonder: they have tentatively taken control of a spacecraft once thought to be beyond help.

ISEE-3, the 1978-launched Sun-studying-come-comet-chasing NASA deep space probe, is heading Earthwards, but until the reboot project got off the ground, it was presumed to be out of our reach simply because the communications kit that communicated with it had been dismantled.

After a furious effort to raise funds and a fast build to make radio contact resulted in signals being received earlier this month.

Now, the project says it's begun sending commands to ISEE-3 – and it's responding.

They state: “our team has established two-way communication with the ISEE-3 spacecraft and has begun commanding it to perform specific functions. Over the coming days and weeks our team will make an assessment of the spacecraft's overall health and refine the techniques required to fire its engines and bring it back to an orbit near Earth.”

The project's original crowd-sourced funding target of $US125,000 was supplemented by a further $34,602 – more than enough to set the group up with funds to reposition ISEE-3 back at a Lagrange point. It now depends on whether the probe's systems retain enough function for it to co-operate.

The Register's detailed history of ISEE-3 is here. ®