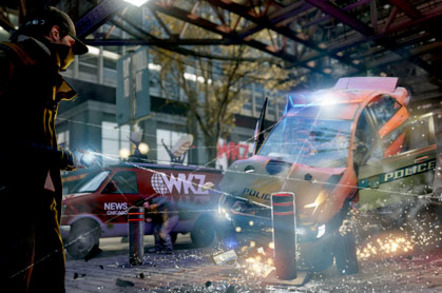 Game Theory In preparation for tangling with Watch Dogs, I spent plenty of time revisiting the salty seadogs of Assassin's Creed IV: Black Flag. Presuming that one Ubisoft stealth-'em-up might have much in common with the other. 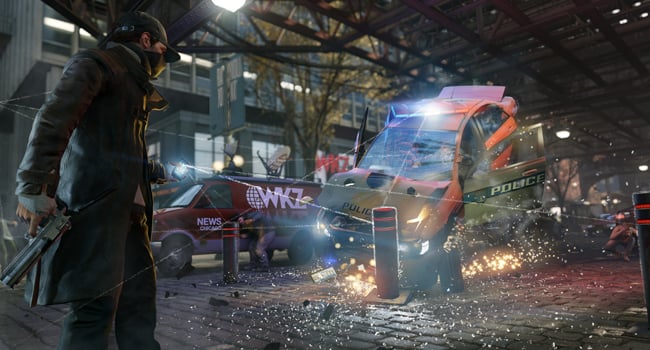 Oh, bollards to this

In many ways, the fundamental Watch Dogs gameplay of infiltrate, kill and escape is similar. Protagonist Aiden Pearce is cast almost as a descendent of Ezio Auditore or Edward Kenway – albeit equipped with modern day tools. After all, wouldn't any latter-day assassin be possessed of guns and the skill to hack security?

Of course, it's this hacking element that separates the two franchises, and a fine addition it is too. There's something satisfyingly voyeuristic (if that's not too weird to admit) about hacking into the smartphones of any Tom, Dick or Harry that happens to be wandering by. 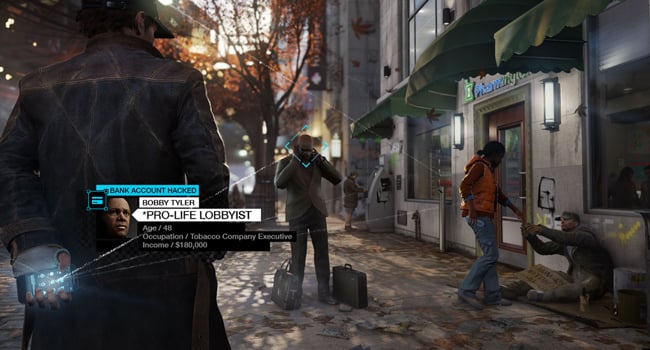 It's clear that Ubisoft has had no small amount of fun in scripting the snatched snippets of conversation between jilted lovers, borderline perverts and other characters... some of which is just plain ridiculous.

And, even if the game's overarching plot is somewhat forgettable, the fact that some of this accidental dialogue is entertaining enough to raise a smile is a feather in the cap of the company's writers. 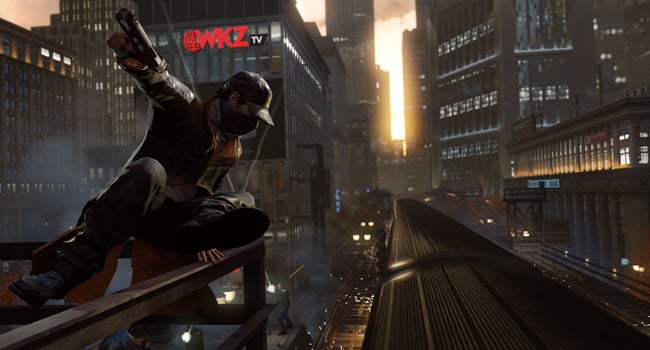 It's this feeling of being on the inside that makes the game so absorbing as you surf through a rich tapestry of stories within Watch Dogs' virtual Chicago. In the fictional version of the city, seemingly everything – from traffic lights to forklift trucks – is equipped with some kind of ultimate Wi-Fi signal.

As he walks the city's streets, Pearce resembles a disgruntled teen in that he's constantly glued to his smartphone. It's through this self-charging wonder that a constant barrage of interactive objects are highlighted. 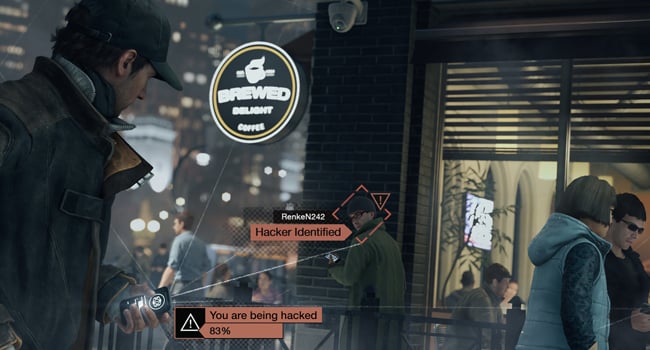 Each object can be activated by the single click of a button, creating some entertaining ways to hassle the local populace. For instance, there's an early encounter with thugs as you infiltrate an enemy building.

Whether you want to play stealthily or dynamically is up to you – except when the game regrettably forces the former upon you during specific missions. It remains largely your call as to whether you want to distract said thugs with the ghostly activation of equipment, or blow them to kingdom come by activating any explosives they might be carrying. 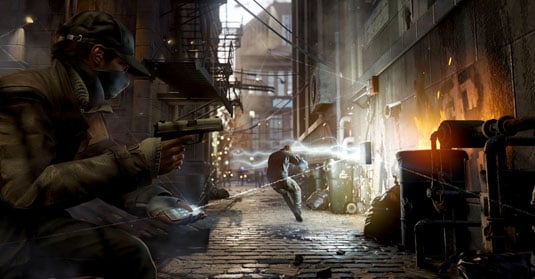 I’m happy to report that the AI is pretty solid on the whole. Enemies will home in on your location and work in groups to hunt you down. Ubisoft has also had the courage of its convictions and has not been afraid to create an AI system that's less than psychic. This makes it possible to create diversions, thereby allowing you to sneak by, or else flank, enemies.

Perhaps the ultimate illustration of AI versus hacking comes during the many encounters you'll have with law. A modern setting demands cars, of course, and a great many (probably too many) of Pearce's missions culminate in high-speed cop chases. 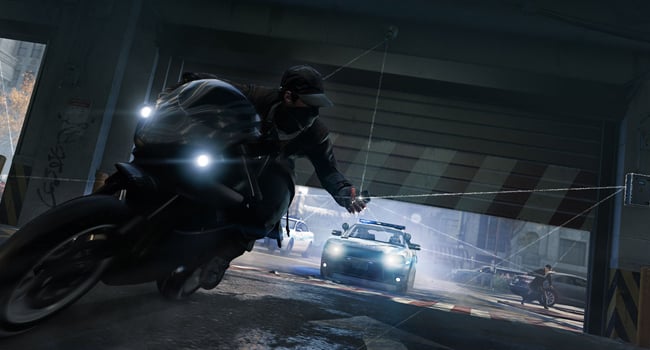 The garage door remote comes in handy once again

Expect to be raising bollards, changing traffic lights and causing drains to erupt at the press of the very same "hack" button – which is a positive change away from the GTA-standard of losing pursuing cops by simply driving at full speed.

Next page: Driven to distraction
Page:
Tips and corrections
25 Comments