Oi, ebook price fixer. Yes, you, Apple – stop whinging and get your chequebook out

That's more or less what a US appeals court said today 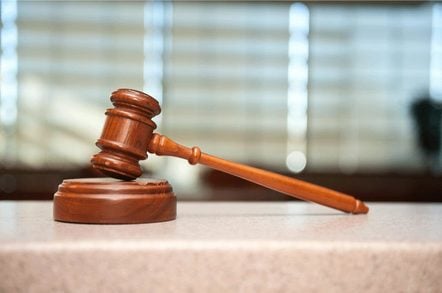 A US appeals court has rejected Apple’s attempt to delay the damages trial over its ebook price-fixing scandal. The iPhone maker had hoped to postpone the hearings until after it’s had a chance to appeal its guilty verdict.

In a very short order, seen by The Register, the Court of Appeals for the Second Circuit in New York denied Apple’s petition. The Cupertino company asked judges to hold off deciding how much it must pay until after it had appealed its conviction – Apple was found guilty of colluding with major publishers to fix the price of ebooks.

The second circuit appeals court said the damages-setting trial on 14 July should go ahead since the iPad maker had failed to “meet the requisite standard” to get it put on hold.

Around 33 state attorneys general and the Department of Justice are looking to get up to $840m (£501m) in damages out of Apple in the July trial, after District Judge Denise Cote found Apple complicit in the conspiracy to raise ebook prices in an attempt to break Amazon’s growing stranglehold on the fledgling market.

The five publishers implicated in the conspiracy – Hachette, HarperCollins, Macmillan, Penguin and Simon & Schuster – all opted to settle the case before it got to trial, but Apple has stayed resolute in its claims that it didn’t do anything wrong. The company has fought tooth and nail against every aspect of the case, including the sanctions from Cote that called for renegotiation of contracts between Apple and publishers and, of course, its antitrust monitor (a man loathed by Apple).

It took months of wrangling in the courts to get Apple to accept the court-appointed monitor, who’s supposed to keep an eye on the firm’s competition policies and practices. The company only submitted after an appeals court clearly outlined the monitor’s duties, which Apple had claimed were too broadly defined. ®