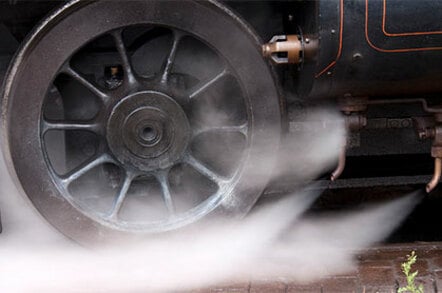 Video-game kingpin Valve has announced that its Steam Machine console hardware will likely be delayed by as much as a year, owing to ongoing development of the device's ambitious controller.

In a blog post on Tuesday, Valve developer Eric Hope said that a private beta program using prototype versions of the wireless controller was ongoing, and that it has yielded lots of useful information about how the controller could be improved.

"Of course, it's also keeping us pretty busy making all those improvements," Hope wrote. "Realistically, we're now looking at a release window of 2015, not 2014."

Valve had earlier suggested that the first Steam Machines, powered by Valve's SteamOS Linux variant, would ship by mid-2014 – or at the very least, "later this year."

The company is known for playing fast and loose with its shipping estimates, however, a habit that has given rise to a jokey industry term, "Valve Time", used to describe the discrepancy between an announced release date and the date when a product actually ships.

But Valve's gaming hardware is an unusual case, because Valve isn't the only company that's planning to release Steam Machines. The firm has already signed on at least fourteen other hardware partners to build SteamOS devices, including such big names as GigaByte and Dell's Alienware. It's not clear whether those manufacturers' devices will also be delayed.

Most of the Steam Machine hardware is nothing special. Valve has intentionally based its reference platform on off-the-shelf PC parts so that SteamOS won't need any exotic drivers or graphics code. Gamers should even be able to cobble together their own SteamOS rigs from store-bought components.

A key selling point of commercial Steam Machines, however, is expected to be the company's novel, high-tech controller. Valve has come up with a wireless design that includes 16 buttons, two touchpads, and an LCD display, and the company says it should be usable even with games that were designed for keyboard and mouse.

Little wonder that taking the gizmo from concept to reality has proven more challenging that Valve had expected.

"Obviously we're just as eager as you are to get a Steam Machine in your hands," Hope wrote. "But our number one priority is making sure that when you do, you'll be getting the best gaming experience possible. We hope you'll be patient with us while we get there. Until then, we'll continue to post updates as we have more stories to share." ®

Don't expect a fancy controller, either