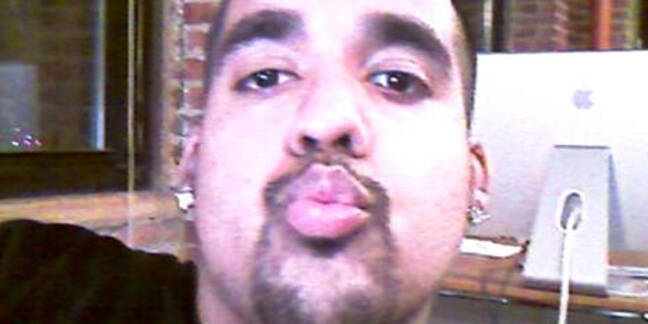 Infamous Lulzsec hacker-turned-mole Sabu will not face jail time after the court agreed to cut the police informant's sentence.

Hector Xavier Monsegur, better known by his handle Sabu, received a sentence for time already served from a US District Court on Tuesday at the recommendation of prosecutors. Sabu had faced twelve felony counts which carried guidelines of 259 to 317 months imprisonment.

Among the attacks to which Sabu is said to have contributed were high-profile breaches at HBGary, Fox Television, PBS.org, and Nintendo. A specialist in code analysis and vulnerability detection, Monsegur operated as a "rooter" – someone who can gain root access to systems – in multiple attacks.

According to documents filed by New York Southern District Attorney Preet Bharara, the man once touted as the head of the LulzSec hacking crew was able to escape time behind bars for contributing what attorneys termed "extraordinarily valuable and productive" assistance to investigators in not only helping to track down other members of the group and gather evidence, but also in helping to prevent a number of additional attacks.

"Monsegur admitted both to prior criminal conduct about which the Government had not developed evidence, as well as his role in both Internet Feds and LulzSec," Bharara wrote.

"Monsegur subsequently and timely provided crucial, detailed information regarding computer intrusions committed by these groups, including how the attacks occurred, which members were involved and how the computer systems were exploited once breached."

Since his initial bust by the FBI in June 2011, authorities say that Monsegur spent the better part of three years working within hacker groups as an informant for the the Feds. In that time, he helped gather information that led to the arrests of eight other key members of the LulzSec campaign, many of whom received more time behind bars than Monsegur has spent.

Among those busted with Sabu's help was Jeremy "Anarchaos" Hammond, the FBI's most wanted cybercriminal at the time. Hammond was given a 120 month prison term.

Additionally, the FBI claims that Monsegur was able to use his influence with various hacking groups to thwart as many as 300 additional planned hacks, as well as provide intelligence which debunked claims by hackers said to have access to systems within the US power grid.

The turn, however, has also made Sabu a pariah amongst the community in which he used to operate. The filing details a number of incidents in which both Monsegur and his family were threatened both online and in real-life situations. A single father of two, Monsegur was reportedly coerced into cooperating with authorities on the threat of losing custody of his children.

Following the verdict, many within the hacktivist community expressed their continued anger with the FBI over their handling of the LulzSec takedown and Monsegur's own actions, particularly as Hammond and other hackers received multi-year sentences for attacks Sabu helped coordinate while working for authorities.

As Sabu's former colleague Jake "Topiary" Davis noted, however, the deal could ultimately become a powerful negotiation tool for authorities in future cases. ®

Can envision arrested hackers in the future immediately saying to their lawyers "get me a deal like Sabu", and the FBI knows that.

Furby Rickroll demo: What fresh hell is this?

Toy-makers, please quit this rubbish, you're NO GOOD at security