Commitments? We've heard of them 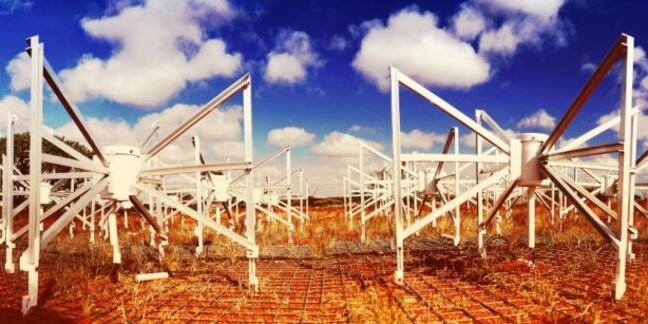 In the midst of swingeing cuts to scientific research in Australia, the Square Kilometre Array project has emerged as a possible victim of the 2014 federal budget.

Among the minutiae to emerge from the budget papers is this: SKA funding is only committed for another two years.

Australia won the right to host the low-frequency part of the SKA project near the remote Western Australian town of Murchison back in 2012, with most of the project given to Africa.

The Australian project has already spawned both direct and indirect spending in Australia, including a high-capacity fibre network to connect the site to the Pawsey Centre's supercomputers in Perth and contracts for instrumentation.

In a round-up of the budget's impact on science in Australia, The Sydney Morning Herald now notes that for both the SKA and the Australian Synchrotron in Melbourne, funding “does not exist beyond two years”.

Of course, that doesn't mean no funding will be forthcoming in future budgets, but it does introduce uncertainty into the project.

Astronomy has fared badly in the 2014 federal budget, with the science agency CSIRO having to cut hundreds of researcher jobs, many of which are tipped to be among its sky-watching operations. ®

Clock speed? Up to 2GHz. 5G radio baked in? Nope

Scale with the king of hyperscalers... until the silicon runs out, that is