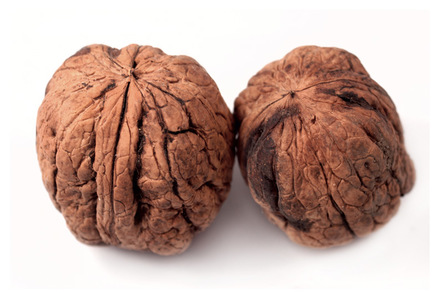 Those of us who don't give a tinker's about an IT angle have been having a fine time compiling the mutt's nuts dictionary - the definitive international guide for those wishing to express excellence in canine testicular terms.

This world-class piece of tomfoolery kicked off after we recklessly suggested our Vulture 2 spaceplane's livery is the les noix du mutt.

Cue protests and an invitation to you lot to do better, in the process perhaps pinning the term to an expanded linguistic map.

Our readers responded magnificently, leading to a our first tentative he3 hi-niikoo'owu'u-no listing, as the Arapaho might put it.

Well, we're not done yet. First up, here are the latest updates to the existing list:

Raumkraut protested: "Hundens balla looks more like Swedish to me. Granted, I'm no expert at Norwegian idioms or the intricacies of the language, but in Norwegian it could be hundens baller/boller. Baller means balls, as in sport, and boller can mean anything round-ish.

"That phrase could also be used to refer to tennis balls or such which belongs to the dog, and which dogs often love, so could be appropriate in meaning too. Or you could use hundens egg (egg is the same in singular or plural).Although for some reason I quite prefer hundens plommer (the dog's plums)."

The Swedish question is unresolved, with one reader resorting to Google Translate to brew up hundens bollar. Clarification is sought.

Of course, lively debate or indeed dogs talking rubbish are always welcome, so we present the freshest expansions into hitherto uncharted lingos for your consideration:

Heironymous Coward kept it short and sweet: "It's psi koule, but it doesn't have any meaning other than the literal one."

IanDK, commenting on "a fascinating topic", said he'd go for vovsens nosser, admitting: "I think you'd get a few blank stares if you tried using it."

Rob Carriere kicked off with: "In Dutch you'd get either de hond zijn ballen or de hond zijn kloten, but that wouldn't normally be used as an expression of praise. Once upon a time, there were some people who were using de tieten van Jezus (the tits of Jesus) in a similar way, but it's been decades since I last heard that one."

In related news, an anonymous contributor weighed in to insist that in Afrikaans "die hond se ballas" is used, although bakgat (baked bum / hot-arse) is the more common colloquial superlative".

He/she added: "Talking of bollocks - there's also the related South African tradition of leeuloop (lion-walk) where (after sufficient alcoholic encouragement) grown men drop their pants, get on their hands and knees, squeeze their nuts behind their legs and roar like lions."

Mike Banahan reported: "I looked for a version in Irish of 'bollocks' and only found the rather lame polite word for testicles. I'm not a native speaker but I'm sure someone here will be, so to set the ball(s) rolling I suggest we could start with magairlí na madra in the absence of a better translation."

Irony deficient furthered the investigation with: "Mike, my 1950s English-Irish dictionary gave two words for 'mutt': cloigneachán and blaoiscéir. In the other direction, my 1970s Irish-English dictionary defined these two words as 'dunce' and 'empty-headed person' respectively. (Neither dictionary contains impolite words.)

"Thinking that these translations might apply to an older definition of 'mutt', I looked in the OED; sure enough, 'mutt' started out as an abbreviation of 'muttonhead', and in the early 20th century it was far more pejorative than it is now, an equal-opportunity term of contempt for humans, horses, or dogs.

Here you have it, thanks to an anonymous post: "In Hindi / Urdu you could say Kutteh Ki Gotiya which literally translates to 'the dog's marbles' (Kutta meaning dog, and Kutteh being the possessive form, goti meaning marble, and gotiya the plural form)."

According to n0r0imusha, we're looking at kutyatöke, although that's not really conveying the sense. "Means dog's pumpkin, worse form is kutyafasza which is dog's dick," our correspondent explained.

For a literal approach, "you can use tuti which means top notch or király (literally means 'king')".

This flew in from Antipodean reader BlueShiftNZ: "It would translate literally to nga raho o te kuri or nga paoro o te kuri, depending on if you prefer testicles (raho) or balls (paoro). You'd be more likely to describe something as tu meke though, which means awesome, cool, or 'sweet as, bro'."

A bit of invention is required to imagine just how the characters in A Clockwork Orange might say "mutt's nuts", so it's a tip of the hat to TRT for serving up shansharray (chien's sharries) or doggiewog's yarbles.

Angol illuminatingly offered: "Polish - 'dog's bollocks' = psia jaja, literally 'dog eggs'; like the Thais, Poles term 'gonads' 'eggs', so 'hung like a stallion's equivalent is a reference to 'eggs like balloons'. The meaning of 'dog's bollocks' is conveyed by zajebisty = 'exceedingly good', a word, like 'f'ing good' incorporating a popular expression for sexual congress.

"You can drink to your new knowledge of Polish in a charming bar in the fine city of Bielsko-Biała that calls itself The Dog's Bollocks."

Those of you wishing to read J3's minithesis on dog's 'nads In Brazil can do so here, but we've extracted the meat to report that it all boils down to as bolas do cão (the dog's balls).

Alternatively, try o saco (scrotum) or os ovos (eggs) do cão. For a literal line of attack, deploy do caralho. J3 expands: "When a Brazilian says something is do caralho!, or the shortened version, duca!, it means... it's the mutt's nuts."

Excellent work. It gives us pride to say that El Reg and its beloved readers are the very cutting edge of vital linguistic investigation. ®

So, just how do you say 'the mutt's nuts' in French?

Or he3 hi-niikoo'owu'u-no, as the Arapaho would enthuse