Whitman tells staff: 'If we want to be here in 75 years' we must lower costs 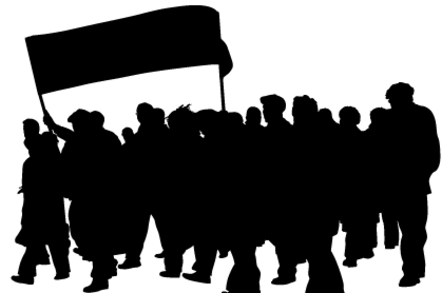 Trade unions are this morning digesting the revelation that another 16,000 HP workers are headed for the dole queue, as confirmed by CEO Meg Whitman.

The exec revealed that thousands of more names will be added to the existing job cutting programme dubbed "Make It Better" that started in 2012 and initially included 27k, 29k, 34k redundancies.

In a note to staff last night, seen by us, Whitman said that HP's turnaround will happen "on the backs of great products" and it has a bunch in the pipeline, but added the business operates in a highly competitive market against old world players and smaller cloudy provides.

"We have done a great job of getting to this point in our turnaround, but if we want to be here for the next 75 years, we have to be more nimble, more customer focused, and do it all at a lower cost".

"To that end," Whitman added, "we will be expanding our previously announced 2012 restructuring programme, and expect up to 16,000 additional employees to leave the company in fiscal 2014 and 2015."

She said "no one" likes "workforce reductions, least of all me" but HP must be "maniacally focused on continuous improvement of our cost structure and learning to operate as a leaner organisation".

The latest cull announcement was made public as HP reported sales of $27.3bn for fiscal Q2 ended 30 April, up marginally on the same period a year ago, and profit of $1.27bn, a rise of 17.6 per cent.

The cloud is changing the way customers "buy, pay for and consume" tech, and this was challenging HP and its rivals as smaller services upstarts start to bid against the old world vendor, she added.

Whitman said in a Q2 conference call with analysts last night the total number of redundancies will be as many as 50,000, suggesting HP is edging closer to the 16k rather than 11k it spoke of last night.

Understandably, HP's relationship with unions has been fractured by the redundancy process, and it was even threatened with legal action by the European Works Council over an allegation it had failed to properly consult over the planned job reductions.

Ian Tonks, national officer for IT at Unite, this morning told El Chan that he will be contacting members over this latest cull.

"HP workers in the UK and Europe must feel devastated by this news, it proves what I said months ago - this company is addicted to reducing employee numbers to improve the bottom line."

Prior to last night's announcement, HP was in the final stages of the "Make It Better" programme, with workers in Europe set to leave before the end of October this year.

"We'll be looking to fight back against these massive job cuts," he told us. "Industrial action is something that may be considered, we need to talk to our members".

He said PCS members who work at HP operate in the public sector and the union will be discussing the implications of reductions in certain contracts with politicians.

"We have got to make the general public aware of what contracts and services will look like if hugely experienced individuals leave the company," Brown added.

Whitman also confirmed to staff in the memo that HP Software boss George Kadifa is moving to a new role as exec veep for strategic relationships, leading growth and alliance programmes with "key partners, services providers and our largest customers".

Robert Youngjohns, senior veep and GM for Autonomy/ Information Management, will take over the role for HP Software. ®