Hey little guy, there's just you and me here. And your balls, and this drawer 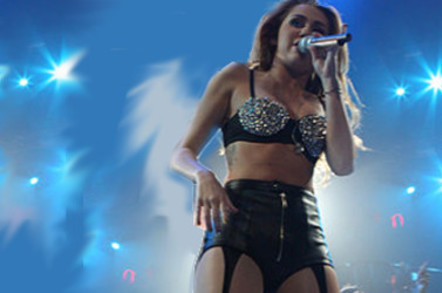 Google has threatened to "censor" YouTube music videos from the world's independent labels if the indies don't agree to its terms for the forthcoming YouTube subscription music streaming service.

Indie label association WIN says YouTube has threatened to remove the videos it already hosts. WIN called foul last night after the independent licensing body Merlin failed to reach a settlement it considered fair. WIN says Google is approaching indie labels with a "template" contract on take-it-or-leave it terms. The independents lack the huge legal clout of the three majors, who have already reached agreements for the forthcoming streaming version of YouTube.

Many indie labels are, literally, one or two person operations. But in aggregate, they contribute significantly to the revenue and the diversity of the recorded music industry.

Sources suggest the Google negotiations are being conducted by YouTube executives, rather than Google Music executives. Google Music is staffed with experienced music licensing folk, and successfully negotiated licenses for its cloud service from majors and indies alike.

"Rather than moving from the 'disrupter' to the 'destroyer', the real challenge for Google should be to use its muscle to develop a disruptive remuneration system which recognises that 80 per cent of all new releases, which are so important in YouTube's offer, are generated by independents," said Helen Smith of IMPALA, an independents' trade group based in Brussels.

"By hindering the opportunities for independent artists to be discovered and making unexplored areas of creativity unsearchable, YouTube will contradict its own rule of ethics if it executes its intended plans," said Tapio Korjus, chairman of IndieCo, the Finnish indie trade associaton.

The irony is that last week Google's supporters, such as Jimmy Wales, were crying foul about "censorship" of Google - and the threat to the "free flow of information".

"It is, after all, something few other companies feel the need to tell their staff."