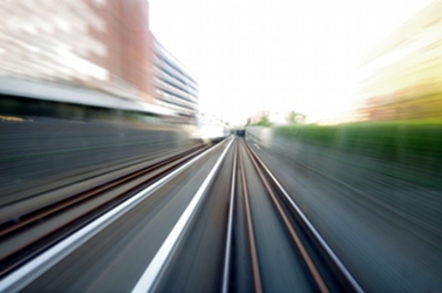 HP has handed in a tepid set of financial results with a surprise note saying it expects to lay off even more employees, as the company trudges down an unknown path into a new IT world.

The company reported revenue of $27.3bn and earnings per share of $0.88 on Thursday, meeting analyst earnings expectations but narrowly missing the $27.41bn predicted revenue mark.

"With the first half of our fiscal year completed, I'm pleased to report that HP's turnaround remains on track," said HP's chief Meg Whitman in a canned statement. "With each passing quarter, HP is improving its systems, structures and core go-to-market capabilities. We’re gradually shaping HP into a more nimble, lower-cost, more customer- and partner-centric company that can successfully compete across a rapidly changing IT landscape."

One method of helping it compete is layoffs, and HP announced that it will cut a further 11,000 to 16,000 staff from its workforce on top of the 34,000 layoffs it had already anticipated.

Last quarter, HP grew personal PC sales for the first time in seven financial reporting periods, and this quarter it continued that trend, with revenue up 7 per cent year-over-year. That improvement was driven by growth in commercial revenue but tempered by a two per cent sag in consumer systems. Revenues for the division were $8.176bn.

The other divisions didn't fare as well. Printing had just a small decline, with revenues falling to $5.834bn from $6.094bn a year ago. Things were grim in HP's higher-margin data center hardware group, though, which reported revenues of $6.657bn, down 2 per cent year-over-year. Storage revenue was down 6 per cent while sales of industry-standard servers were up 1 per cent.

The decline in HP's predominantly Itanium-based "Business Critical Systems" division continued, with the group shrinking a further 14 per cent versus the same quarter a year ago.

Enterprise Services shrank by 7 per cent to $5.7bn. Software revenue was flat year-over-year ($971m versus $967m a year ago) with licenses ticking up but support revenues ticking down. HP financial services fell by 2 per cent to $867m.

During the quarter, HP made a number of strategic moves designed to offset trouble in its key server business. These included a manufacturing partnership with Asian equipment maker Foxconn to create low-cost servers and a redoubling of efforts to maintain good relationships with its thousands of channel partners in an apparent effort to motivate them to sell more of its HP gear and come into fewer conflicts with its own mammoth sales organization.

The company also launched HP Helion, a brand-new cloud strategy that hinges around the open source cloud management framework OpenStack, as it sought to take cloudy cash away from rivals like Amazon, Google, and Microsoft.

These are early initiatives, but show HP is trying to make a change, despite being buffeted by a grim IT market that has no respect for the giants of past decades. ®