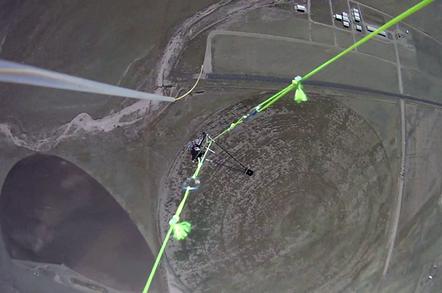 One of the great pleasures of the Low Orbit Helium Assisted Navigator (LOHAN) project has been the chance to hook up with kindred spirits worldwide, such as Colorado-based Edge Research Lab, which recently donated a HackHD hi-def camera to our ballocket cause.

Edge formed around two-and-a-half years ago, "the result of a conversation over dinner one night where a few friends and I were discussing how we could justify the expense of our hobby of flying high-altitude balloons", as exec director David Patterson put it.

He told us: "During the course of the discussion, we hit upon an idea that we had heard years ago, but never seen done: launch a large number of sensors into a thunderstorm in an effort to more accurately profile the electrical characteristics of convective weather. Because we're a fan of awesome acronyms (a major reason that we love LOHAN so much), we settled on The BEACON Project - Balloon Enabled Atmospheric Conditions Observation Network.

"After some research, we discovered the largest number of sensor packages ever simultaneously inside of a thunderstorm is currently four, thanks in large part to the size and weight of the current payload designs used in the detection of the e-fields in thunderstorms.

"This weight also results in difficulty probing the electrical characteristics of the atmosphere above the thunderhead, as heavier payloads require more initial lift gas, causing the balloon to burst at a lower altitude. Being engineers of a fundamentally optimistic mindset (as most engineers are, at least in this way), we decided that we could do it better."

Quite right too. BEACON (PDF overview here) is on course to soar stratowards this summer, and on the road to their final close encounter with some big weather, David and fellow Edge directors Shawn Koehler and John Patty have incorporated as a non-profit organisation, put together an impressive team, and sent aloft 11 test flights, as well as lending a helping hand to other projects. 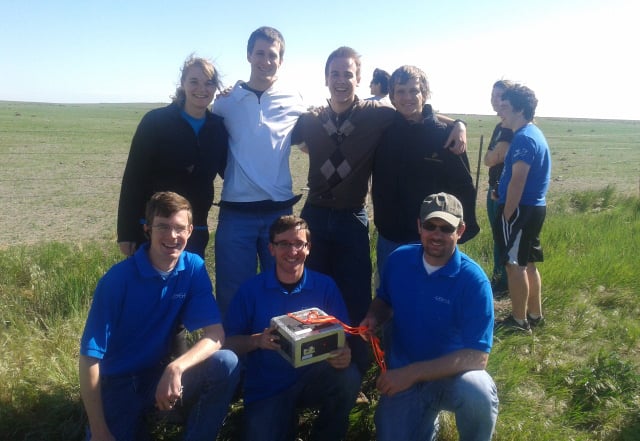 Regarding just who does what down at Edge, David explained: "On the engineering side, I do embedded systems and our tracking, flight control, and communications systems, as well as testing infrastructure for our sensor suite. Zach Palmer is our designated Wizard of Everything. He owns the new sensor design, has designed a tracking system around a RockBlock unit (after we learned about it from you), writes code, and pretty much fixes anything that breaks.

"Mason Winsauer does embedded systems, and is currently working on a very lightweight payload that will allow us to stabilize and point our cameras (not an easy thing to do on the unstable platform of a HAB payload). Kyle Mordan is our mechanical engineer, working on the BEACON structure to ensure that it's light enough and sturdy enough to make it through a thunderstorm. 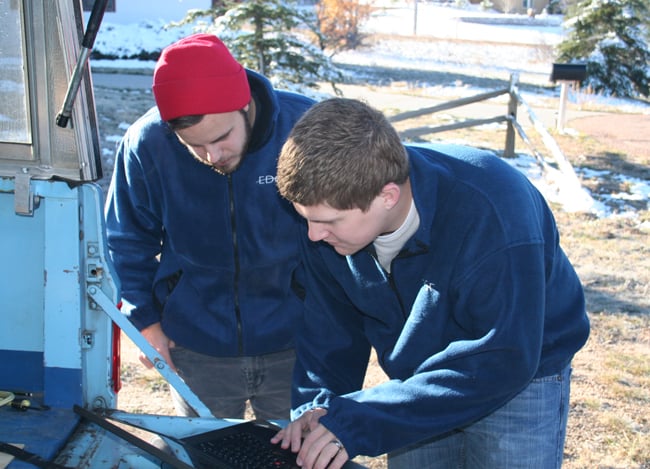 "On the software side, our core team is made up of Matt Rasband, David Hughes, and Elliot Chalfant. These guys have put together some really cool capabilities, including Matt's real-time tracking webpage and David's real-time landing prediction page. They've also put together an engine that allows our FAA to track our balloons using VOR references, rather than just lat/lon.

"We have two commercial pilots on the team, Luke Christian and Jeremy Allen. Jeremy's wife Emily is an air traffic control operator, and serves as our primary liaison to the FAA." 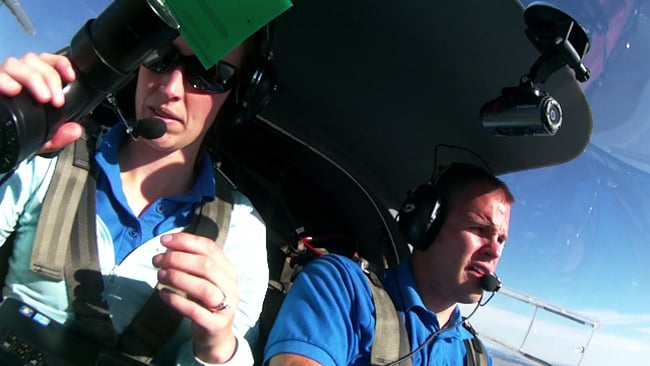 Next page: Everything you need for some serious stratospheric tomfoolery
Page:
Tips and corrections
7 Comments