Yes, but how many pisticles-per-million is that? 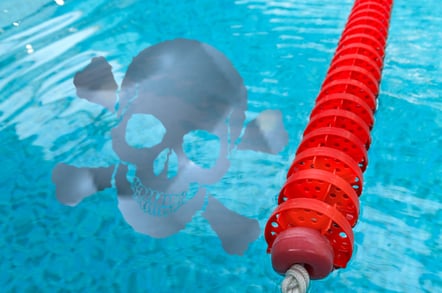 A Portland teen collared last month for urinating in a reservoir at the cost of 38 million gallons of lost drinking water has raised some interesting scientific questions.

There's more here on just how cops charged 18-year-old Dallas Jeffrey Delynn for taking a slash at the water repository at Mount Tabor, prompting officials to empty one entire pond.

Long-term readers will recall a related incident back in 2011, when an unidentified chap relieved himself at the same reservoir complex, obliging a 7.8 million gallon flush.

He insisted: "This is different. Do you want to drink pee?"

Shaff was on hand after the latest outrage to reiterate the bureau's stance on human consumption of urine, no matter how small the quantity. He said: "Our customers have an expectation that their water is not deliberately contaminated. We have the ability to meet that expectation while minimizing public health concerns."

What actually concerns us at El Reg are the figures involved here. Fox 12 says: "To give you an idea just how much water 38 million gallons is; you could take 760,000 showers or fill up about 57 Olympic size swimming pools with all that water."

Reader Robert Purvis, who gave us the tip-off, noted that "now we know how many showers in an Olympic-sized swimming pool – 13333 and 1/3". We leave it to fellow Reg official standards fans to confirm that figure, and while you're at it, calculate this: Taking the average output of the human bladder deposited into 57 Olympic-sized swimming pools, what is the "pisticle-per-million" count, and how many pisticles would you expect to find in one Bulgarian airbag of Portland water, had health-conscious officials not ditched the lot?

Our online standards converter should prove of some assistance in this most pressing of matters. ®