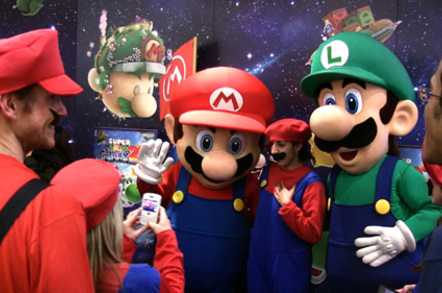 Electronics manufacturer Philips has launched a legal bid to ban sales of the Wii U in the United States after filing a suit alleging the Nintendo consoles and other Wii kit had infringed two of its patents.

The Dutch firm yesterday filed a suit claiming Nintendo had infringed its "virtual body control device" patent (6285379) as well as patent 8,537,231, which protects "a user interface system based on pointing device".

Philips has asked for damages and a ban on sales of the consoles together with a long list of Wii accessories in the US.

The Register has asked Nintendo for comment, but it had not responded at the time of publication. We'll update when we hear more. ®