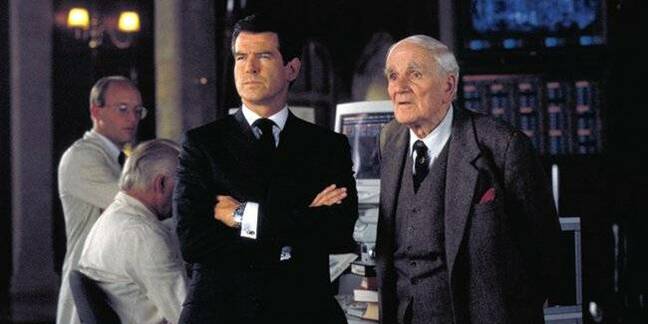 Sony Pictures has announced it has optioned No place to hide, the tome penned by Edward Snowden's amanuensis, to turn it into a movie.

Barbara Broccoli and Michael G Wilson of EON Productions, the production company behind James Bond films, have the job of getting the book onto the screen. The pair co-produced on Skyfall, Quantum of Solace, Casino Royale, Die Another Day, The World Is Not Enough, Tomorrow Never Dies and GoldenEye.

Some of the films listed above are fine efforts. Others aren't among the most fondly-remembered Bond films.

Sony's not saying when a Snowden pic could land at a multiplex near you, but it's not hard to imagine the studio would be keen to hustle things along so it debuts before the Snowden story gets tired or fades from memory. There's also a decent chance the movie will stall, seeing as flicks about Julian Assange have proved far from bankable.

There's also no mention of casting. Perhaps you'd like to have a go at that in the comments? ®