Same code for all nodes 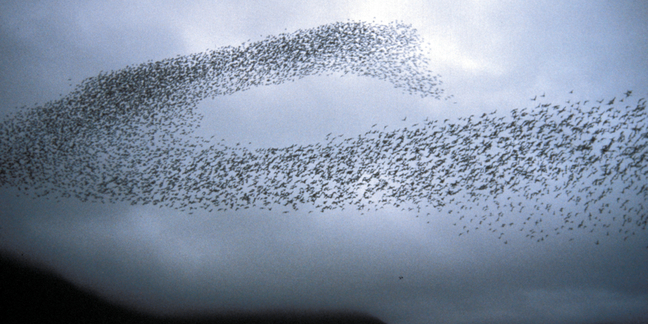 Caringo’s main technology is its CAStor object storage, which supports its own APIs and file access protocols.

Swarm7 is built on CAStor and includes the following features, according to Caringo:

Caringo says the dynamically distributed index reduces multicasting to a secondary role and CPU load by 50 per cent at nominal scale.

Three interfaces are mentioned. The first, CloudScaler, according to Caringo, is for “multi-tenant, S3-like storage, where users control security and performance behind their firewalls.”

A new BlockScaler interface is “for iSCSI support providing pure block over object [and will be] available in Q3.”

The actual interface protocols supported include iSCSI, HTTP, CIFS, NFS, SMB, and S3. Swarm7 also has a “read-only Hadoop file system, offering a high-bandwidth pipe straight from the storage cluster that entirely eliminates [any] separate ingest step from archive or filer into HDFS. HDFS may still be used to hold intermediate results.”

Caringo tells us Swarm is the only way to ensure uncomplicated scaling of capacity and throughput, and eliminate complexity associated with legacy storage systems as they scale. There are no single points of failure and no speciality nodes, a node being a node being a … you get the idea.

The same software appliance code runs on all nodes, and nodes can be heterogeneous in model, brand and capability. They can also be added and retired in flight.

There are also no separate (and hence vulnerable) metadata databases.

Pierre Chamberland, founder and CEO of Netmail, said: “Caringo makes it easy for us to deliver a complete email and file archival solution to our customers.”

This press release confirms the idea that, for many deployments, object storage technology swill be used underneath a file or block, or Hadoop, or HDFS, access protocol abstraction layer. Like the introduction of plastic, the new material first has to portend to be an old one, like wood, for it to be accepted. ®

Analysis Rivalries intensify in what is now a two-horse race

+Comment Object storage partner Scality: Don't forget they put a RING on it!