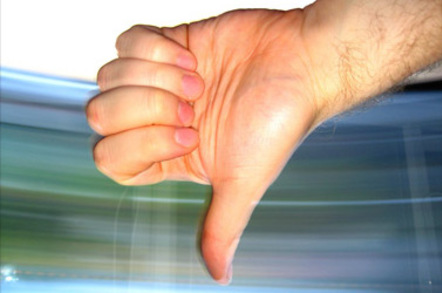 Global tech goliath Datatec Group was left counting the cost of a botched ERP upgrade, margin chomping competition and legacy vendor claims at its distie wing Westcon in a year of declining profit.

The South Africa-listed firm managed to push up revenues eight per cent to $5.69bn during fiscal '14 ended 28 February, helped by a $223.5m boost from acquisitions.

Turnover at Westcon rose 21 per cent to $4.65bn, due to the contribution of acquired Comztek Holdings (a pan-African distie which turned over $120m when bought in May), but operating profit fell 13.7 per cent to $122m.

Gross margin was down to 11.2 to 11.6 per cent a year earlier, caused by a "combination of increased competitive pressures across all territories and a reduction in early discount payments for Cisco products in Europe".

A $6.2m provision to settle "legacy vendor claims" also hit profit, as did the move to a global ERP system that begun in North America and was halted "while operational problems were addressed and rectified".

Westcon has bid to acquire sister company Intact Integrated Services, part of its Consulting Division to beef up its range of services on offer, some of which will compete with some larger resellers and integrators.

Integrator arm Logicalis continues to contribute to both top and bottom line gains, with sales up 15 per cent to $1.55bn but this was largely due to acquisitions. Operating profit jumped 23 per cent to $67.5m.

The firm closed several deals during the fiscal including 2e2's Euro ops in Spain, Ireland, the Netherlands and the Channel Islands ($150m in revenues) , and Jersey-based firm iConsult.

Datatec said Logicalis grew in all regions except North America, where it was "adversely impacted" by the steep declines in IBM's product revenues.

Services accounted for 31 per cent of Logicalis' sales, with both professional services and annuity revenues "significantly up", and "a strong increase in Cisco partially offset by declines in the IBM and HP vendor categories".

Profits sink at Logicalis, UK captain no where to be seen

Third boss in 14 months; can he stand the summer heat in Slough?