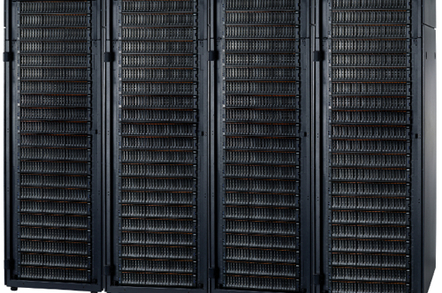 Database upstart TransLattice has burped out a new free version of the Postgres database, based on tech it acquired from StormDB. It claims the softweare is ideal for supporting modern web-based applications.

The company reckons this database, dubbed Postgres-XL, has "extreme online transaction processing scalability and massively parallel processing analytics." Translation: you can run the software across tens of servers with some of them beavering away on the same queries so you get your answer quicker.

PostgreSQL is one of the most widely used open-source relational databases, and is seen by many as a good alternative to more-basic systems such as MySQL or MariaDB.

The Postgres-XL database was announced by TransLattice on Tuesday, and incorporates know-how from its recent acquisition, StormDB.

StormDB was one of the major contributors to the Postgres-XC project, which is described as a "multi-master write-scalable PostgreSQL cluster based on shared-nothing architecture."

Postres-XL has been built to have the desirable characteristics of Postgres-XC, but fewer of its problems, TransLattice explained.

"In the case of Postgres-XC, a key difference is if you need to join data on one table on one node with another table on another node, it will ship everything to the coordinator where the session originated. When joining two large tables, it's going to ship everything to one single table, [so] in some cases Postgres-XC performs worse than Postgres," explained TransLattice's chief architect Mason Sharp in a chat with El Reg.

"In the case of Postgres-XL, the node knows where the end-user data is stored, and all communicate with one another so when a query comes in it's parsed and planned once on a coordinator, then serialized and sent down to all other nodes."

TransLattice cofounder Michael Lyle said about "two to three" developers would work on Postgres-XL as their main project, along with contributions from the development team behind TransLattice's commercial TED database.

"Postgres is a great general purpose open source database, and we've taken that and expanded it and allowed you to expand it on multiple nodes," explained Sharp. "It does a pretty good job on write- scalability. I think that's pretty unique. It's also nice for mixed workloads."

Postgres consulting firm OpenSCG has agreed to recommend the software when talking to customers, and TransLattice tells us it is in discussions with several potential users involved in advertising and telephony.

We wondered how the tech may differ from WebScaleSQL, a new MySQL-based relational database that is being developed by Google, LinkedIn, Twitter, and Facebook.

Both systems have superficially similar goals, though WebScaleSQL has more of an emphasis on scale-out deployment, and Postgres-XL on analytics.

"WebScaleSQL is not a clustered database, but instead a set of changes to MySQL to allow its production use at greater scales," Lyle explained. "The users of WebScaleSQL, like Facebook, divide their information between many WebScaleSQL/MySQL instances at the application layer. This requires significant application logic to keep everything coherent and uses a lot of developer time.

"In contrast, Postgres-XL provides a single large relational database across many computers, providing both excellent write scalability (for OLTP), and the ability to run sophisticated queries across the entire dataset in parallel."

Many more people seem to use Postgres than other database upstarts such as MongoDB, so it'll be fascinating to see how this project develops. If TransLattice is good to its word and puts developers behind it and some independent benchmarks justify its performance, it will be an exciting project indeed. ®