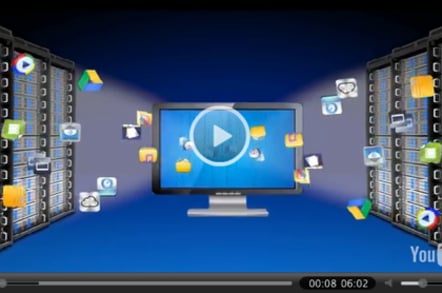 IBM has announced Elastic Storage as a component of its software-defined storage portfolio, and it's actually a repackaging and renaming of the venerable GPFS product.

The IBM announcement says Elastic Storage “offers unprecedented performance, infinite scale, and is capable of reducing storage costs up to 90 per cent by automatically moving data onto the most economical storage device.”

That means tape, we understand.

Software-defined storage is a set of software capabilities that automatically manage data locally and globally, providing breakthrough speed in data access, easier administration and the ability to scale technology infrastructures quickly and more cost-effectively as data volumes expand. In addition, these advances can work with any company’s storage systems to provide automated and virtualised storage.

The announcements brings in some glamour from Watson, IBM’s Jeopardy computer system and we’re told that: “By using Elastic Storage capabilities, around five terabytes of Watson’s 'knowledge' (or 200 million pages of data) were loaded in only minutes into the computer’s memory,” and “IBM Research has demonstrated that Elastic Storage can successfully scan 10 billion files on a single cluster in just 43 minutes – a technology demonstration that translates into unequalled performance for clients analysing massive data repositories to extract business insights.”

Elastic Storage also exploits server-side Flash for up to six times increase in performance than with standard SAS disks … This feature recognises when a server has Flash storage and automatically uses that Flash as cache memory to improve performance.

Six times faster than standard SAS disk drives? I should hope so.

IBM says the National Center for Atmospheric Research’s Computational and Information Services Laboratory (CISL) stores and manages more than 50 petabytes of information between its Wyoming and Colorado centres and relies on Elastic Storage to give researchers fast access to vast amounts of diverse data. Last year CISL was talking about GPFS.

We’re told: “A key component of Elastic Storage is its ability to automatically and intelligently move data to the most strategic and economic storage system available. … Elastic Storage can automatically move infrequently-used data to less expensive low cost tape drives, while storing more frequently-accessed data on high-speed Flash systems for quicker access.” That appears to be from Tivoli Storage Manager integration, with a dash of IBM Linear Tape File System (LTFS) added to the mix.

To find out more about IBM's software-defined storage, go to this part of IBM’s web presence where the GPFS connection is made clear and Elastic Storage is described as a new code-name.

IBM says: “Elastic Storage software will also be available as an IBM SoftLayer cloud service later this year,” implying you can buy the software directly from IBM or qualified partners.

SciNet supercomputer's GPFS trick: We node what you did, burst buffer