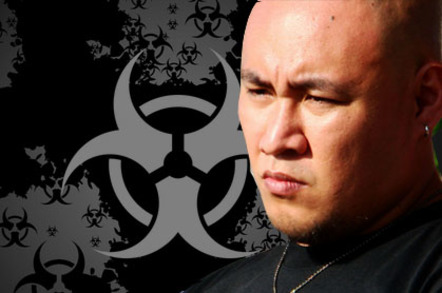 Google's Bouncer Android defence tool is one of a dozen malware detection platforms that can be flawlessly skirted by malware employing smarter heuristics, researchers have found.

Malware kitted out with virtual machine detection functions and clever heuristics could bypass seemingly any detection platform on the market.

Bouncer was employed by Mountain View to weed out malicious applications before they hit the official Play Store.

Researchers found it and other dynamic analysis platforms lacked the capabilities to foil most and typically all of the academics' heuristics which they built into their mutant malware.

"To assess the effectiveness of our techniques, we incorporated them in real malware samples and submitted them to publicly available Android dynamic analysis systems, with alarming results," the team of five university researchers wrote in (a paper (PDF)) titled Rage Against the Virtual Machine: Hindering Dynamic Analysis of Android Malware.

"We found all tools and services to be vulnerable to most of our evasion techniques," the authors write. "Even trivial techniques, such as checking the value of the IMEI, are enough to evade some of the existing dynamic analysis frameworks."

The team tested a dozen dynamic analysis tools and found all failed to beat the heuristic evasion techniques and most could not detect any.

They said the raised "important questions" about the effectiveness of Android malware analysis systems.

However Google's Bouncer would have the smarts to detect the slippery malware if it were upgraded with realistic sensor event simulation, more accurate binary translation and hybrid application execution.

"Hybrid application execution would be the most secure and efficient way for a dynamic analysis tool [such as Google Bouncer] against all the suggested evasion heuristics," the research team wrote, adding that " ... when an application is attempting to load and run native code, then the execution of the native code can be forwarded and take place on a real device."

Previous studies have developed mobile malware evasion and detection techniques but none have focused on besting dynamic analysis Android tools, the team wrote.