Is Trevor Pott-y? Nope – he's bang on about VSAN performance 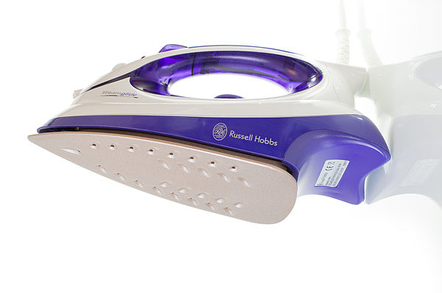 Storagebod I don’t always agree with fellow Reg storage man Trevor Pott but this piece on Server SAN, VSAN and storage acceleration is spot on with its questions about VSAN running in the kernel and the advantages that brings to performance.

Indeed, I’ve also heard comments about reliability, support and the likes over competing products. These are very much ones which have left me scratching my head and feeling very irritated.

If running VSAN in the kernel is so much better – and it almost feels that it should be – that in turn asks another question: would I be better off running all my workloads on bare metal, or as close to it as I can?

Perhaps VMware need to be allowing a lot more access to the kernel, or a pluggable architecture that allows various infrastructure services to run at that level. There are a number of vendors that would welcome that move and it might actually hasten the adoption of VMware yet further – or, at least, take out some of the more entrenched resistance around it.

I do hope more competition in the virtualisation space will bring more openness to the VMware hypervisor stack.

It does seem that we are beginning to move towards data-centres which host competing virtualisation technologies; so it would be good if, at a certain level, these became more infrastructure-agnostic. From a purely selfish point of view it would be good to have the same technology to present storage space to VMware, Hyper-V, KVM and anything else.

I would like to easily share data between systems that run on different technologies and hypervisors; if I use VSAN, I can’t do this without putting in some other technology on top.

Perhaps VMware don’t really want me to have more than one hypervisor in my data-centre, in the same way that EMC would prefer that all my storage was from them … but they have begun learning to live with reality and perhaps they need to encourage VMware to live in the real world as well. I certainly have use-cases that utilise bare metal for some specific tasks but that data does find its way into virtualised environments.

There are many products that promise to speed-up your centralised storage and they work very well, especially in simple use-cases. Trevor calls this Centralised Storage Acceleration (CSA); some are software products, some come with hardware devices and some are a mixture of both.

They can have some significant impact on the performance of your workloads; databases especially can benefit from them, although most databases benefit more with decent DBAs and developers; they are a quick fix for many performance issues and remove the bottleneck which is spinning rust.

But as soon as you start to add complexity, clustering, availability and move beyond a basic write-cache functionality they stop being a quick fix and become yet another system that needs managing and can go wrong at any moment.

Fairly soon that CSA becomes something a lot closer to a ServerSAN and you are sticking that in front of your expensive SAN infrastructure.

The one place that a CSA becomes interesting is as Cloud Storage Acceleration; a small amount of flash storage on server but with the bulk of data sitting in a cloud of some sort.

So what is going on?

All of these have use-cases. The answer may well be that to run a “large” infrastructure, you need a mixture of them all.

Storage was supposed to get simpler and we were supposed to be focusing on the data and providing data services. I think people forgot that just calling something a service doesn't make it simple; nor does it make the associated problems go away.