No need to rely on Google's OS for Eurasian launch, reports suggest 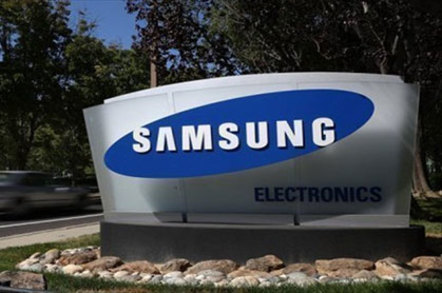 Samsung will reportedly launch a Tizen-powered smartphone in Russia and India.

The Wall Street Journal has chatted to its usual “people familiar with the matter” and reports that an all-singing, all-dancing launch event can be expected in early June in the two target nations. Lots of noise can also be expected at the Tizen Developer Conference in San Francisco, which kicks off on 2 June and runs until the 4th.

If Samsung does indeed release a smartphone running Tizen it would be another sign that the company is not entirely happy in its relationship with Google and the amount of cash it can make from Android-powered handsets. As the world's number one mobe-maker, Samsung is certainly shifting hardware by the container-load. But as Apple, Amazon and Google have shown, sales of apps and content can deliver cash for years after a device is first sold.

At present, Samsung's own apps and services are largely shunned by the hordes who buy its hardware. With the company's profits recently stalling, steering users to Samsung's own online services by using an operating system it can control – and on which Google services presumably won't be pre-installed – probably looks a tantalising prospect.

The Journal says the Tizen mobe launch event will be on a "global" scale, and as Vulture South has experienced that can mean lighting up the Sydney Opera house. Samsung probably wouldn't bother to launch a cheap handset with that kind of bash and there's no hint about the price of the of Tizen handset in either nation. Yet even if it is expensive, Apple may just have demonstrated that just a handful of millions of high-end-smartmobe buyers can spark a viable content revenue stream. Samsung could therefore price its Tizen mobe quite high, scoop up some deep-pocketed users, and do rather better with them than it could do with its various Galaxies.

If the release signals a more concerted attempt to turn its hardware into long-term cash cows, consider that the Journal says Samsung also plans a Tizen-powered television. Televisions' role as content-and-revenue funnels is, as yet, not as important as that offered by mobile devices. But with Google, Apple and Amazon all sniffing around the lounge, perhaps Samsung is considering the prospect of a harmonised OS ecosystem on your couch as another route to years of movie-download dollars. ®