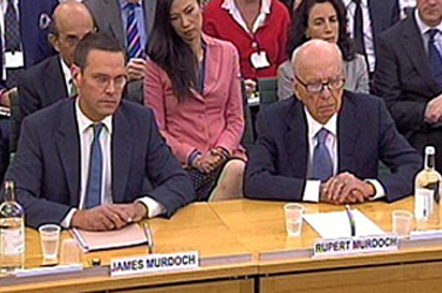 Rupert Murdoch is locked in talks with BSkyB to discuss the British pay-TV firm's "potential acquisition" of Sky Deutschland and Sky Italia – both assets of his broadcasting empire, 21st Century Fox.

The media baron's Fox, which also owns 39 per cent of BSkyB, confirmed this morning that it's discussing the future of its majority-owned Sky Deutschland and Sky Italia outfits.

Murdoch's multinational issued a terse statement in which it said:

Over the years we've had numerous internal discussions regarding the organisational and ownership structure of the European Sky-branded satellite platforms. From time to time these conversations have included BSkyB, however no agreement between the parties has ever been reached.

BSkyB, meanwhile, offered bolder comment about the confabs, by stating that it was hoping to build "a world-class multinational pay TV group."

It added: "These discussions have not progressed beyond a preliminary stage, no agreement has been reached on terms, value or transaction structure and there is no certainty that a transaction will occur."

According to secret squirrels whispering to Bloomberg, which first reported the talks on Friday, such a takeover would be valued at around €10bn (£8bn, $14bn).

In 2011, Murdoch withdrew his attempt to take full control of BSkyB, following public and Parliamentary pressure linked to damaging phone hacking allegations swamping the media mogul at the time.

But the latest talks could be scuppered by UK communications watchdog Ofcom, which might oppose any such deal due to media plurality concerns, The Telegraph reported. ®