Suffering from IPO interruptus? Perhaps your Box is full of the same soap as the others

Oh god, my stuff has become a horrible COMMODITY 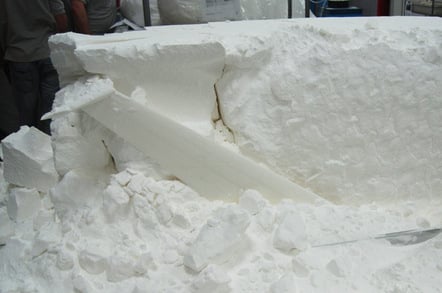 You don't have to have a monopoly to build a successful company, but it sure helps. And if you've not got a monopoly then you do need something, anything, to differentiate your product so that there's actually some compelling reason why customers might actually use your services and pay you a margin. 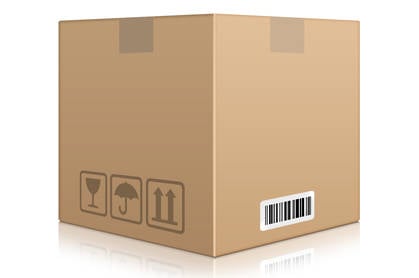 There'd better be something in there nobody else has

If you don't have anything other than just a decent enough commodity product then, while this is great for consumers, it's not going to do the company nor its investors all that much good. For commodity businesses run on price - and price only.

Two companies much discussed in this context at the moment are Square and Box, two of the darlings of the VC crowd, both currently delaying their IPOs as they try to work out what the hell they're going to offer as their compelling difference from everyone else in the same business. The answer seems to be "not a lot", and that's the problem both companies face.

It's possible to step back into economic theory to illustrate what's going on here. We're all familiar with the standard free market mantra: all firms are competing with each other, there's perfect information, people are rational blah blah. As a result prices end up at the marginal cost of production, there're no super profits anywhere (“super” here meaning above the cost of capital, an alternative name being economics profits rather than accounting ones) and this is the best of all possible worlds for consumers. We're also all aware that the world outside our window doesn't look very much like this.

The reason is that everyone running a company has also seen the same textbooks and is thus insistent that they'll be buggered if that's going to happen to them. How the heck do we manage to create those economic profits for us and our investors? The game thus becomes: how can we make sure that we're not actually in one of those perfectly competitive markets?

All branding, all marketing, a large part of sales, these are all attempts to avoid that situation. Somehow, somewhere, we need to convince consumers that there's something special that we've got which justifies the payment of more than that marginal cost of production. The Apple Woo that gives 40 per cent margins on a phone is one example. That Hermès scarves are gruesomely expensive makes them appeal to those who would like to be seen as people who can afford gruesomely expensive things (aka a Veblen Good). The same companies will make five or eleventy different soap powders, all chemically much the same but marketed as the cheap and cheerful, the posh, and the middle of the road so as to be able to get a bit more cash out of those who would never agree to just cheap and cheerful.

There are other ways to those super profits of course. A patent limiting the competition is useful and we invented patents exactly so as to give inventors those extra profits as a reward for having innovated. Or rather, to encourage other people to go off and invent more things when they see the hot and cold running Ferraris that come from having done so successfully.

In the purist theory you have every producer desperately searching for a way not to be in a competitive market and that market being the mechanism by which they eventually fail. At some point the patent runs out, the product differentiation is seen through, the brand loses its lustre and there the producer is, stuck back with a pure commodity product on which only normal profits (ie, cost of capital if they're lucky) can be made. Most of the European mobile airtime providers are in this boat. Sure, everyone's trying to be different but airtime is, to a great extent, just airtime and very few of them are making profits that equal their cost of capital.

All of which brings us back to Square and Box. What is it that they're doing, that they can or will do, that prevents them from being just yet another supplier of a standard commodity?

With Square it's at least possible to see a method. If they get their readers everywhere, or close enough, then they've got those network effects gunning for them. Profits might be small on each transaction but get enough of them for long enough and the fractions of pennies and dollars do add up. And the simple existence of a network which is nearly everywhere is likely to be (until the next technological leap) a sufficient barrier to prevent anyone else spending the billions needed to replicate it.

But that leaves Box rather hanging. They're providing cloud services. And as the recent price cuts from Google (quickly followed by Amazon and Microsoft) show, this really is a commodity. In fact, it's literally a commodity as there's about to be a futures market in cloud services: one definition of a commodity being something traded on commodity markets. And they are run on price and nearly purely on price. It's exactly the fact that product differentiation isn't possible which makes it possible to trade as a commodity.

Except for one thing: you can win as a commodity producer, you can make those super profits. But only if you are the lowest cost producer. And that, normally, requires economies of scale. Rio Tinto is going to do fine whatever the iron ore price because they've so much, in such rich ores, and they've already the trains and the ships to move it, that their costs are $50 a tonne (just an example) with the world price at $110. If it comes to a price war then everyone else is going to go bust before they do. Standard Oil dominated the turn of last century's oil markets not because of Rockefeller being an evil bastard but because they were the lowest cost producer. Anyone wanted a price war then Standard were going to win it (the evil bastardy came from the fact that Standard was quite happy to start the wars, to the benefit of consumers).

And Box? Or any other startup caught in what is, or is rapidly becoming a commodity market? You've got to be that lowest cost producer because none of the other methods of product differentiation or margin protection work - precisely because it is a commodity market. And does anyone think that a startup (even one of Box's size) is really going to be that lowest cost producer when up against Amazon, Google and Microsoft (and the plethora of other companies of course)?

Of course, the fact that not all economists are cackling billionaires in their hollowed out volcano secret lairs does show that there's a slight problem in mapping economic analysis directly over our complex world. But what is it that Box, or any other such company, can do that's different, cheaper or better than anyone else?

That's the question that has to be answered before the mooted and desired IPO can go forward. Without a disaster, anyway. ®