Why not build your own VSAN hardware, asks VMware

Frustrated system builders: your time is now and the boss can't stop you! 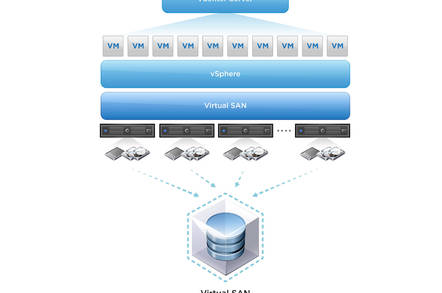 When VMware launched its virtual storage area network (VSAN), it announced a laundry list of partners it said would be offering tricked-up servers to act as “ready nodes” real soon now.

Cisco, Dell, Fujitsu. Supermicro and Inpsur have put up their hands and with “ready nodes”, servers with disk-slots-a-plenty capable of being pressed into service inside VSANs.

But VMware clearly likes it both ways, because it has just released a guide to building your very own VSAN nodes, suggesting that doing so “allows you great flexibility and choice in how you design your storage.”

Them's fighting words in the battened-down world of storage, where appliances have long been the order of the day and customisation is looked upon derisively. VMware seems to be suggesting that VSANs suffer from no such constraints, as its new ”Hardware Guidance” (PDF) document explains how to roll your own boxen, should the spirit move you. There's no suggestion you should go beyond parts VMware has signed off in its compatibility guide, or that everyone will need to roll their own VSAN nodes.

But VMware is clearly suggesting you may want to customise your own SAN, a disruption to conventional storage models to heap upon the disruption it has already brought with virtualised storage.