Dave Akerman hobnobs with 'Pie in the Sky' TV chef 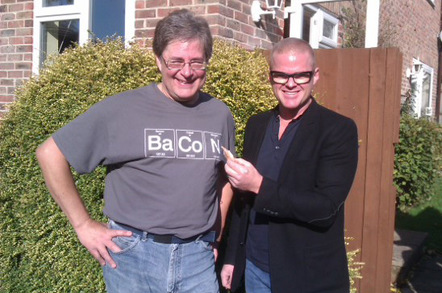 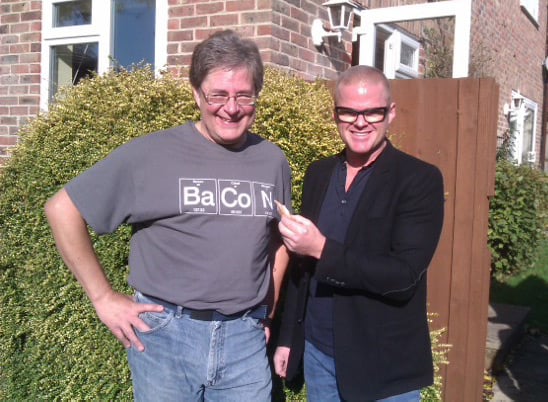 The celebrity food-botherer wanted to send a potato aloft to confirm - as NASA has apparently proved - that exposure to low pressure and temperature will break down the spud's cell walls, offering the delicious prospect of super-creamy space mash.

The experiment, part of an episode in which Blumenthal "salutes the great British pie as he looks to find inspiration for a three-course pie banquet", took place in October last year. Here's the preflight potato in its custom-built transportation vehicle: 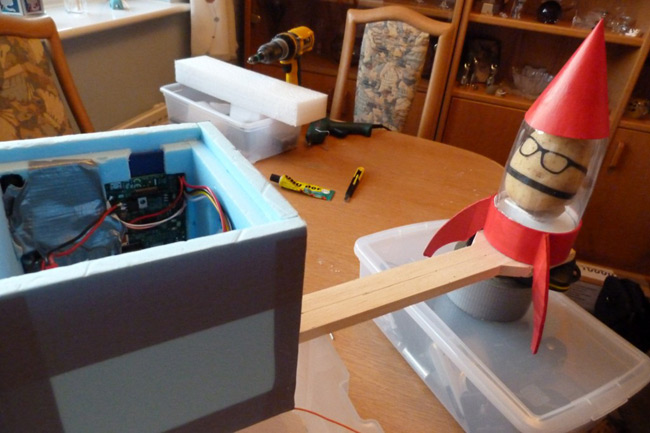 As tradition dictates, the mission was preluded by the consumption of bacon nourishment provided by Dave's missus Julie, seen here as the filling in a Dave-Heston sandwich: 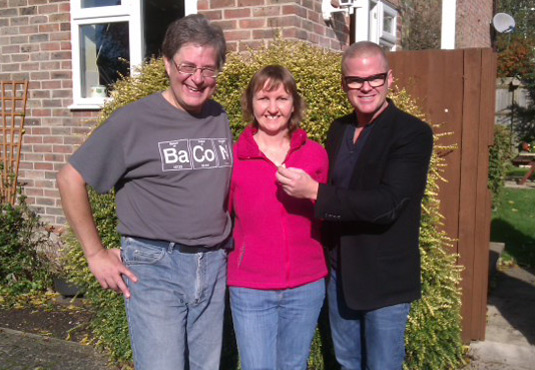 According to Dave, the launch went smoothly... 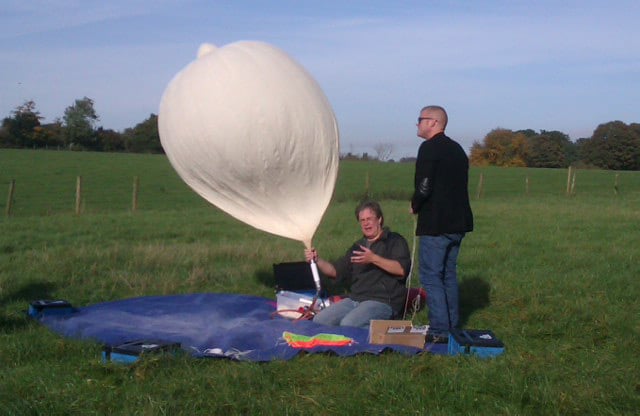 ...with Blumenthal doing the honours: 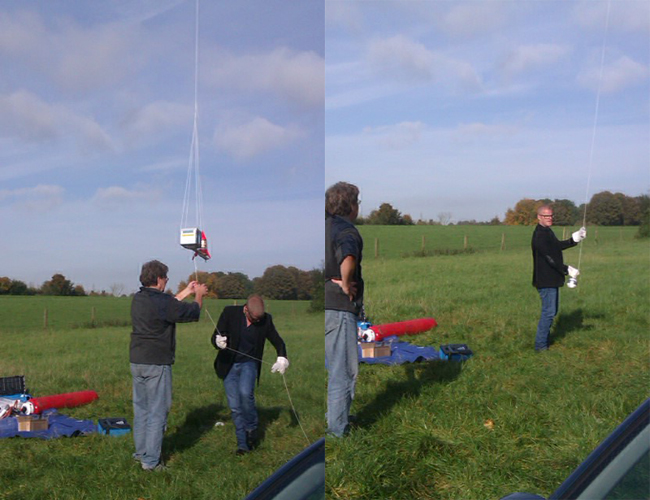 Next page: Potato in SPAAAAAACE....
Page:
Tips and corrections
28 Comments