Florida facility to be repurposed for private spaceplane use 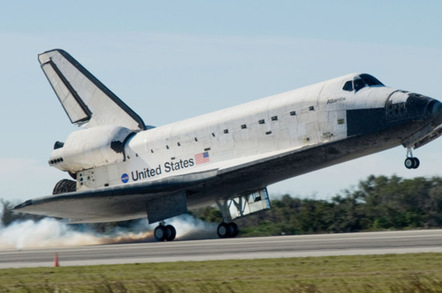 The Florida facility used by NASA as a landing site for its retired space shuttle fleet could see new life as a commercial spacecraft facility.

Local news station WFTV reports that the US space agency is in talks with the state's Space Florida agency on plans that would turn the portion of the Kennedy Space Center previously used to land the shuttle into a commercial space flight center.

The 4,600-meter concrete runway had served as one of several facilities capable of handling the shuttle on its returns from space. The reusable craft relied on the extended runway to complete a glider-like landing process which saw the shuttle touch down at speeds of 226mph following re-entry from orbit.

Following the 2011 retirement of the shuttle fleet, NASA was faced with the task of repurposing much of the infrastructure used to support the program. While some of the assembly and maintenance facilities have been adapted for use in other projects, the decision by NASA to adopt a capsule-like craft in the Orion program rather than another glider design meant the landing strip would no longer be needed.

According to WFTV, NASA and Space Florida are looking at a plan that will extend one side of the current runway to house a multi-use spaceport. Initial plans would call for federal approval to build in the surrounding wetlands region, followed by official handover of the facility from NASA to Space Florida, at which point construction work on the commercial facility could begin.

The report has yet to name possible tenants for the facility. While the SpaceX corporation has set up one of its launch sites in Cape Canaveral, the company has thus far relied on rockets and capsules which would not require a runway.

Richard Branson's Virgin Galactic has used extended runways to land its SpaceShipTwo suborbital commercial craft, but that company has thus far opted to focus its operations on the other side of the country in the Mojave Desert. ®