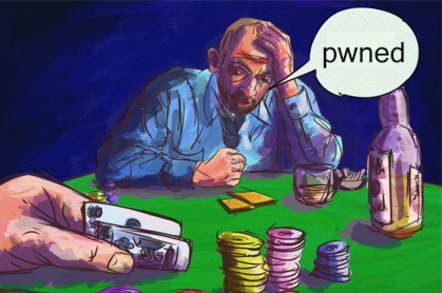 US Casino operator Affinity Gaming has had its credit card processing system hacked for the second time in less than a year.

The Las Vegas-based company said hackers breached a system last month that processed customer credit and debit cards but had no evidence that cards were compromised.

"Affinity Gaming and its IT experts indicate that no credit card data was stolen after late afternoon April 28, 2014," it said in a statement.

Affinity, which ran 11 casinos across four US states, recruited security consultancy Mandiant to investigate the breach.

It did not say how many customers may be affected.

The hack comes after the company's payment systems were thoroughly popped last year with up to 300,000 credit cards compromised.

Hackers had maintained access to the payment systems between March and October.

In Febuary, the websites of several Las Vegas Sands casinos were defaced after boss Sheldon Adelson suggested the US nuke Tehran.