Ancestor to countless online worlds to be released as open source 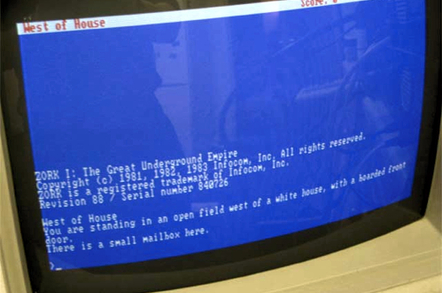 The source code for MUD1, a multi-user dungeon created at the University of Essex in 1978, and generally held to have been the world's first online multi-player game, has been recovered.

The code has landed at Stanford University, which says it has secured permission to redistribute the game's blueprints from the authors Richard Bartle and Roy Trubshaw.

MUD1 was inspired by games like Zork and Colossal Cave and ran on the DEC PDP-10. Early online service Compuserve used the same platform and eventually licensed the game.

The game lives on at british-legends.com since 1999 and Mud2.com, and also over at Mudii, we're told. But the original code hasn't been available for some time.

Stanford plans to change that, writing that it “will be allowed to provide online access to the MUD1 source code files” in the future. Just when has not been revealed, but the code should appear at the website for the How They Got Game project, an effort dedicated to archiving virtual worlds. ®