Ouch... right in the Androids! Google hit by another antitrust sueball

This time it's about 'illegal monopoly' of mobile search 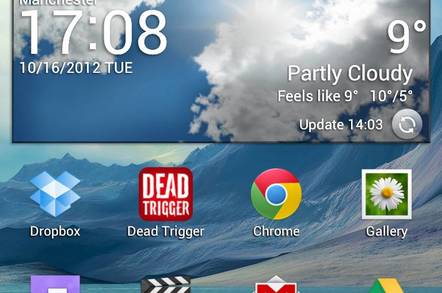 Google is facing a new antitrust class action lawsuit in the US over its "illegal monopoly" on internet and mobile search.

Consumer rights law firm Hagens Berman said in a statement that the Chocolate Factory had "financially and creatively stagnated the American market of internet and mobile search" with its alleged monopoly.

“It’s clear that Google has not achieved this monopoly through offering a better search engine, but through its strategic, anti-competitive placement, and it doesn’t take a forensic economist to see that this is evidence of market manipulation,” said Steve Berman, the attorney representing consumers.

The lawsuit is claiming that Android is furthering Google's monopoly over search by using Mobile Application Distribution Agreements to force mobile-makers to preload its own suite of applications onto devices. These deals are hampering the market and keeping the price of devices from manufacturers like Samsung and HTC artificially high, the firm said.

“Simply put, there is no lawful, pro-competitive reason for Google to condition licenses to pre-load popular Google apps like this," Berman said.

“The more use an internet or mobile search engine gets, the better it performs based on that use. Instead of finding a way to legitimately out-compete other internet and mobile search providers, they instead decided to choke off competition through this cynical, anti-consumer scheme.”

A Google spokesperson told The Reg in an emailed statement that Android had brought more competition into the market.

"Anyone can use Android without Google and anyone can use Google without Android. Since Android’s introduction, greater competition in smartphones has given consumers more choices at lower prices," they said.

The lawsuit wants to represent all US purchasers of any Android mobiles or tablets that were made under contracts that also included the preloading of Google apps. The lawyers are hoping to force Google to give up its "ill-gotten profits" and use the money to pay back customers for the money they "overpaid" on mobes and fondleslabs, it said in its court filing. ®