780 calories a day, Toby? You must be joking 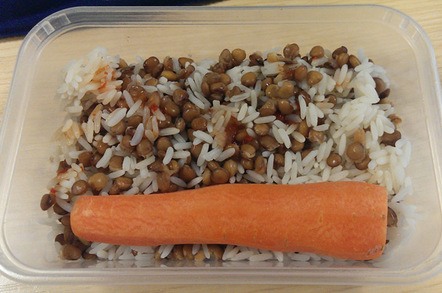 As the El Reg Quid-a-Day Nosh Posse's Live Below the Line challenge enters its fourth day, we're delighted to report that team member Toby Sibley has resurfaced - albeit looking a little thinner than when we last spoke to him.

At the beginning of the week, Toby expressed doubts that he'd spend his £5 food budget wisely: 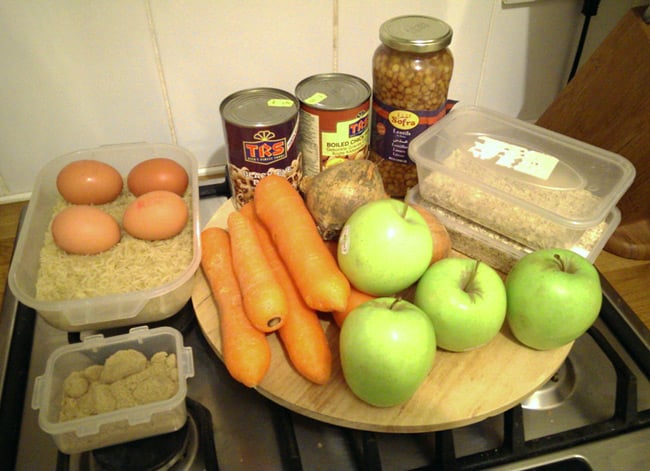 Since then, he's been subsisting on meagre rations, including a tempting "lentil and carrot surprise". He admitted: "The surprise bit was really missing for this meal." 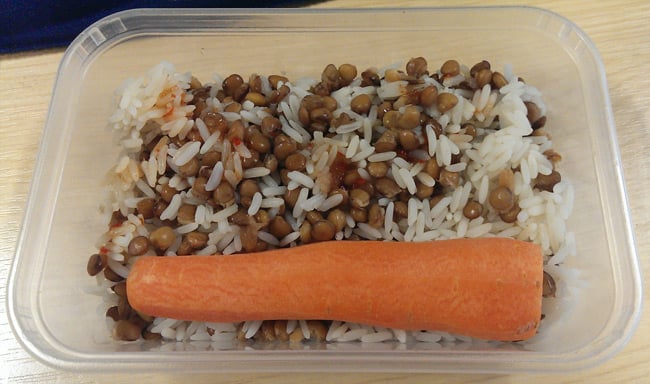 Toby's soon-to-be sister-in-law (he's getting hitched on Saturday) described the dish as "a delicately hand-peeled carrot, nestling on a melange of rice and lentilles vertes", and here's the same thing avec oeuf frit: 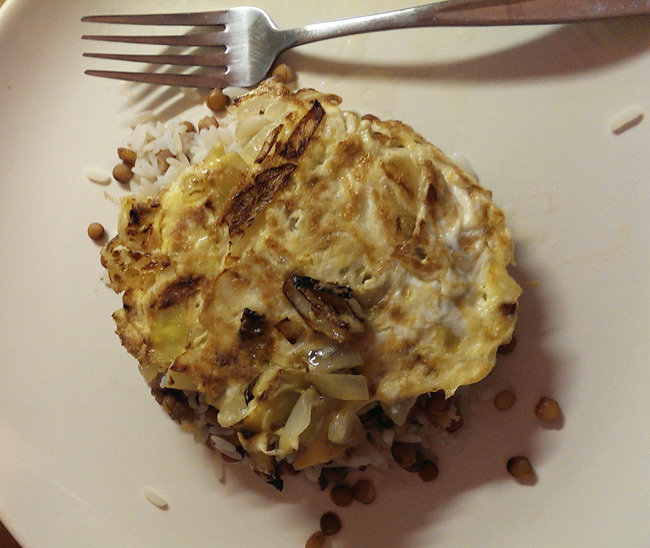 An effective way to fritter away your waistline

He noted: "For those wishing to recreate this masterpiece and want to know the recipe then all they need to do is donate some money and I will personally talk them through how I made it."

That's quite an offer, but it's doubtful he'll have sufficient strength to talk. Toby did a quick calculation of his food stockpile's total Calories* (click for a bigger version)...

...and that led him to a figure of 779.8 Calories a day. He head-scratched: "I'm not sure that can be right given that an average man needs 2,500 Calories each day to survive. The meagre calorie count would however account for why I'm feeling a bit lethargic and my brain seems to have gone down a couple of gears.

"Starvation is certainly on the horizon. I just hope I don't end up doing a girly swoon during the wedding ceremony due to a lack of calories. I'm currently thinking more about the wedding lunch than the ceremony itself."

A hungry Toby concluded: "I'm going to trust that as a professional journalist of the highest standing that you won’t include that in your update or I will be in trouble and strife with the soon to be wife."

No problem mate, my lips are sealed.